Realme 6 Pro has been launched in the Indian market and the company is very excited about this phone and Madhav Seth had also made it clear that this device is not an upgrade variant of Realme 5 Pro but it is an upgrade device of Realme X is. Starting at a price of Rs 17,000, this device has given you trendy features like 90Hz refresh rate, Snapdragon 720G, Android 10 as well as 64MP primary sensor.

First of all, when talking about the design, a new pattern is seen on the back panel of Reality 6 Pro, which gives an effect like the symbol of “Flash” if you read the light from the angle. The branding of Reality looks down on you as usual. We have used this device for 10 days and we found that this phone is very compact and it can be run very easily with one hand. The back panel of this phone is made of glass and plastic. At the bottom of the phone, there will be a 3.5 mm jack, type C port and speakers. Not only this, the phone comes with a fingerprint scanner on the side.

Realme 6 pro display
This phone has a 6.6-inch FHD Plus display, which is AMOLED. This display comes with a 90 Hz refresh rate, which makes the experience of this display even better. Let us tell you that the company has also introduced the 90Hz refresh rate feature, which came in the mainstream last year, after the flagship grade, in the affordable price segment, which makes the user experience much better. 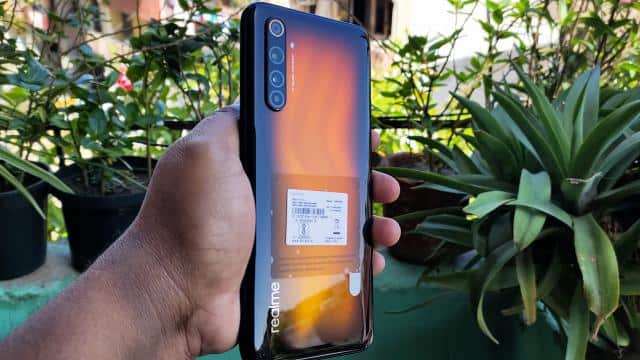 Realme 6 pro performance
Snapdragon 720G chipset has been used in this phone, which is specially designed for the game lovers. In this, a game like PUBG can be played easily. It also uses LPDDR4x RAM and UFS 2.1 storage, which adds to its merits. This phone works on Android 20 based Reality UI.

Realme 6 pro camera performance
Reality 6 Pro is the company’s first smartphone with 6 cameras. The handset has 4 cameras at the back and 2 cameras at the front. The smartphone features a dual punch-hole selfie camera that comes with 16-megapixel primary and 8-megapixel ultra-wide-angle lens. On the rear, the smartphone has a quad camera setup that comes with a 64-megapixel primary sensor, a telephoto lens, an 8-megapixel ultra-wide-angle lens and a 2-megapixel macro lens. Overall, it is a good phone in terms of camera and with this you get very good image output in daylight. Among them, highlights, sharpness and details also look better.

Overall, this is a great phone in itself. It has special features, which are given at 90Hz refresh rate, 30W fast charging and dual punch hole display with very economical price. The large battery, large display and 64MP primary camera setup with these features make this device even more special. However, its display quality is average.