Skip to content
new Delhi
Many times, users will send an SMS message later and forget to think. In such a situation, a new feature is now available on Google messages, which will leave your problem. With the latest feature available on Google’s messaging app, users will be able to schedule their messages. Reports said that Google’s schedule SMS feature is being rolled out for some users. After typing the message, users will be able to choose the date and time on which to send the message.

With the help of Google’s feature, users will be able to choose pre-defined scheduling time or set custom date and time. Twitter user Sai Reddy has shared screenshots of the new feature on microblogging site Twitter. To use the schedule message feature, users have to tap and hold on the Send button after timing the message. After this, the new schedule message option will start appearing. Here are the default timings Later today, 6:00 pm, Later tonight, 9:00 pm, or Tomorrow, 8:00 am. 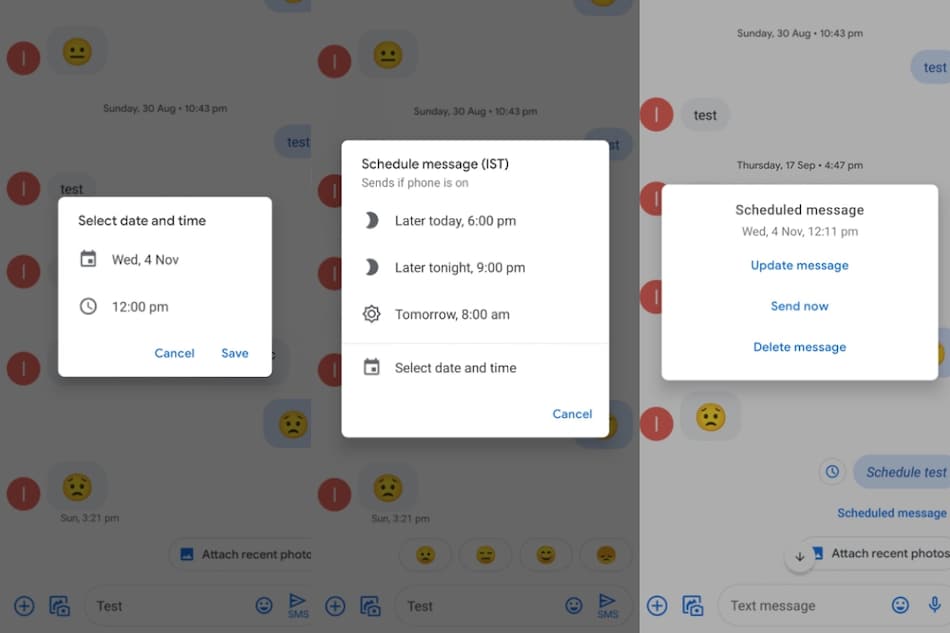 Such messages will be SMS messages
If you do not want to send a message at a pre-set time or want to select another day, you can do so by customizing the date and time. After this you have to tap Save to schedule the message. If you want to edit or change a scheduled message, a pop-up menu will open as soon as you tap on the message and there will be an option to update the message, send it immediately or delete it completely.

Read: Google’s cheap phone will compete with Nord Pixel 4a

Currently testing
This new feature from Google is not currently rolled out for all users. This means that the company is testing it with only a few users. After the initial testing is complete, the new feature can be rolled out to other users in the next few weeks. XDA developers have got Google Messages APK with this feature code. Recently, Google has also given the option to users to sort messages in different categories.

Reliance Jio, Airtel and Vi tariffs cheapest in the world

Bumper offer on Motorola smartphones, a chance to buy at large discounts