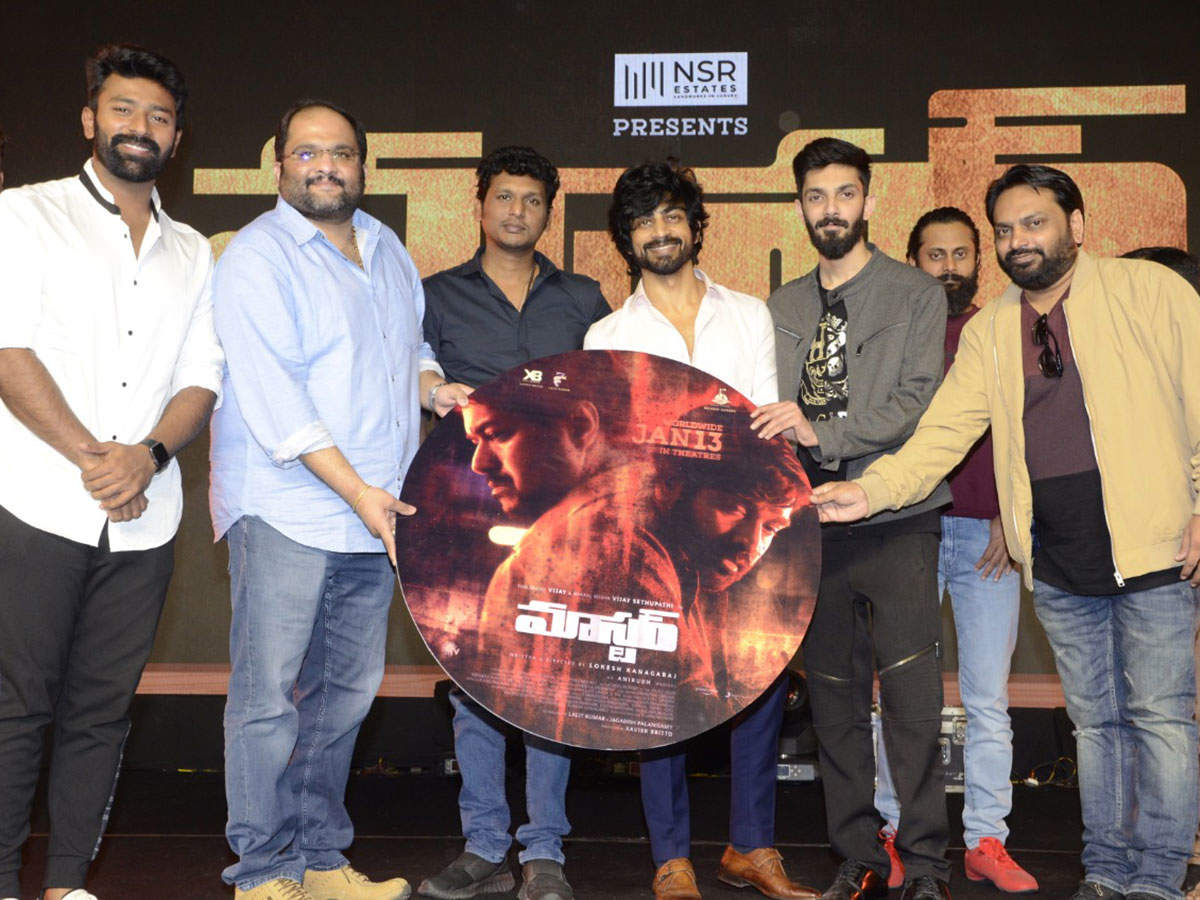 ‘Master’ is a film directed by Lokesh Kanakaraj, a director who has achieved sensational hits with ‘Nagaram’ and ‘Khaidi’ as the protagonist. Produced by Xavier Britto under the banner of XB Film Creators. The Telugu rights of the film were acquired by Mahesh Koneru, the head of East Coast Productions. Earlier, Mahesh Koneru released Hero Vijay movie ‘Whistle’ in Telugu under the banner of East Coast Productions. Everyone knows how big a hit ‘Whistle’ has become. Now ‘Master’ in the same combination will be released on January 13 during the movie wallpapers. On this occasion, the film unit released the ‘Master’ Big CD. The event was held in Hyderabad on Friday. Speaking on the occasion, Shantan Bhagyaraj said, “Congratulations to producer Mahesh Koneru. I want this movie to be a huge hit in Telugu. I like the Telugu audience who watch the movie as a celebration, regardless of whether it is big or small. I am very happy to be starring in the movie ‘Master‌’. Vijay Anna, Vijay Sethupathi, Malavika, Andrea .. A huge cast like this starred in this movie. Thanks to Lokesh Kanakaraj for giving me a chance in such a good film. I am looking forward to make a film in Telugu, ”he said. Anirudh Ravichandran said .. ” Mahesh Koneru has planned to release Master movie on a large scale. I want Mahesh to continue his success with this movie hit. Thanks to Vijay for giving me the opportunity. Director Lokesh is equal to my brother. I hope the Telugu audience will enjoy the film directed by Lokesh soon. Special thanks to Anant Sriram, Krishnakanth, Singer Srikrishna, Mali. There are so many specials in the movie. Vijay is not a movie. It is a movie that makes you think after watching the movie. Director Lokesh mixes class and mass perfectly to make the film. Also Vijay Sethupathi, Shantan, Arjun Raj, Malavika, Andrea all starred in the film. There is no doubt that the film will be celebrated in theaters. Producer Mahesh Koneru said, “We know how much trouble we had during Kovid. All those troubles should be removed this year. Along with our master movie, Crack, Red and Alludu Adurs movies are being released for this wallpaper. I want every movie to be a very big hit‌. I have released Vijay’s last film Whistle in Telugu. Has become a very big hit. Thanks to Vijay Gari, producers Lalith Gari and Jagadish Gari for giving me the opportunity to release Master movie again. The movie is awesome. One of the best movies of Vijay’s career. We will see it on January 13. Director Lokesh Kanakaraj said .. ” Congratulations to Mahesh Koneru who is releasing Master movie in Telugu. I want the movie to be a big hit. My last two films have been wonderfully well received by the Telugu audience. Now Master‌ will be released on January 13th. I hope the audience will be blessed as always. The film is a treat for people from all walks of life. Special thanks to Vijay Gari, Vijay Sethupathi Gari, Britto Gari, Jagadish Gari, Anirudh Ravichandran and the entire unit. The event was attended by songwriters, singers Ananth Sriram, Krishnakanth, Srikrishna, cinematographer Satyan Suryan, choreographer Dinesh and co-producer Jagadish Thadir.

I was fixed when I saw it .. I became blank when I saw the atmosphere there: Vishnu Priya

Prakash Raj is a useless kusanskari .. if it is overflowing.!: Nagababu sensational comments

After watching RED, Ram became a fan .. Nota is the same call because of him .. Hot beauty Malvika Sharma

Sunitha Marriage: My marriage is not over .. Family reunites with another family: Singer Sunitha Interesting comments