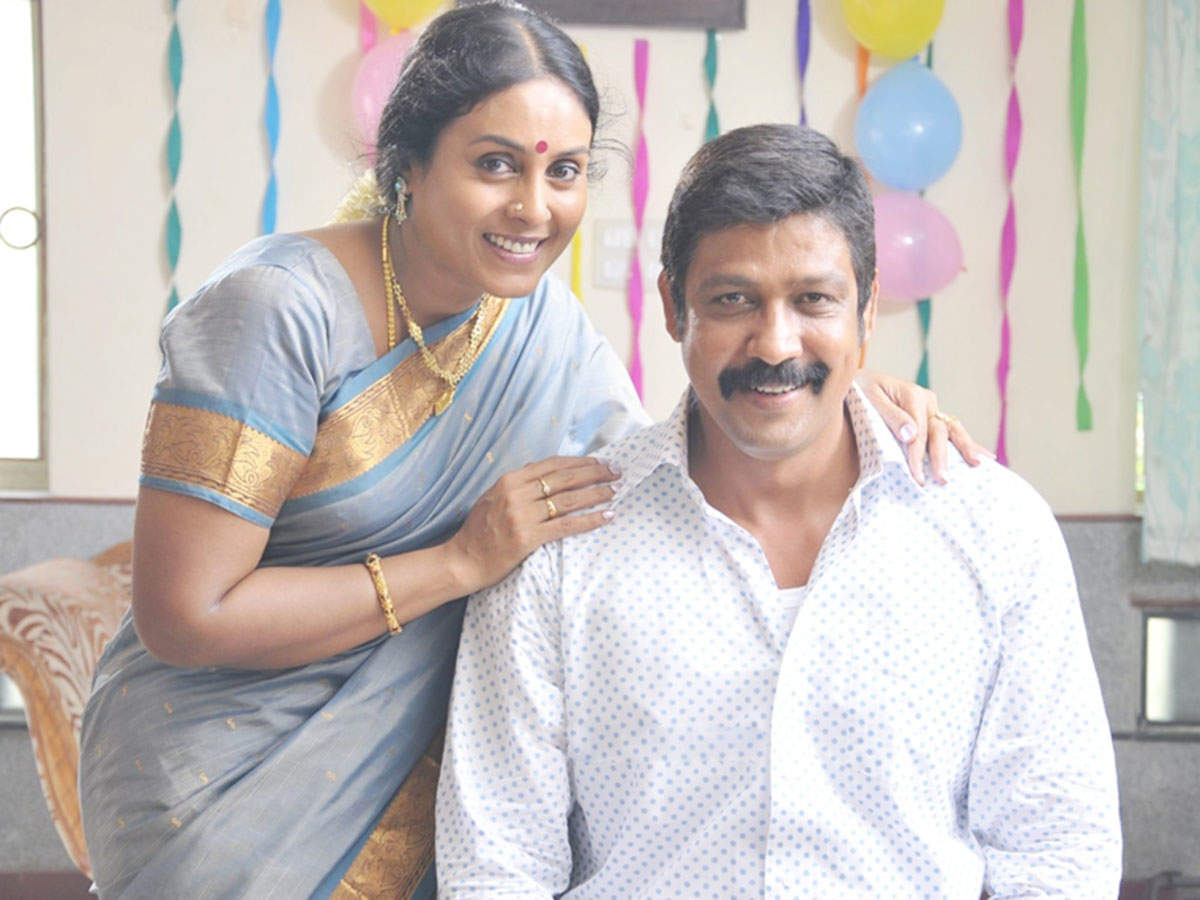 Sampath Raj is an actor close to the Telugu audience as a handsome villain. He was introduced to Tollywood after starring in about 50 films in Tamil. Pawan Kalyan acted in the movie ‘Panja’. After that he acted in ‘Dhammu’. But, the film that brought good recognition to the property was ‘Mirchi’. Sampath also received the Nandi Award for Best Villain for the film. He is currently busy working on a series of films in Telugu, Tamil and Kannada. Last year, he acted as ACP Deva in the movie ‘Bhishma’ and laughed. Meanwhile, very few people know about Sampath’s personal life. In fact Sampath is the first husband of famous Tamil actress Saranya Ponvannan. He said this in a recent interview. Saranya, the daughter of director AB Raj, was married to Sampath at the age of 19. By then Sampath was 23 years old. It is an adult arranged marriage. However, they divorced within a few years of marriage. Sampath also mentioned the reason for this. Sampath said that they got married at a young age. As they got older, their thoughts changed. He revealed that the couple had parted ways with the consent of the couple, thinking that if the marriage continued like this, there would be quarrels between them. However, he revealed that he kept the shower with him. He said that he was very busy in movies after his divorce from Saranya. He said that he would always thank her for this. Revealed that his daughter is still meeting her mother. He said that he had enrolled his daughter in a boarding school as he was busy with film shootings. He said that his daughter had grown up without knowing it. He also said that he did not get married when his daughter came to her teens. However, Saranya got married for the second time. She married Tamil actor Ponvannan in 1995. They have two daughters. Saranya is also familiar to the Telugu audience. She has done good roles in films like ‘Rakhi’, ‘Jagadam’, ‘Ready’, ‘Vedam’, ‘Komaram Puli’, ‘Manam’ and ‘Nanny Gang Leader’.

Crazy Multistarrer: Do you know how many movies these action heroes have acted in together?

Chiranjeevi was embarrassed to see me: Sonu Sood

Does the industry care about this glamorous beauty ..?