The story of Ala Vaikunthapuram

Valmiki (Murali Sharma), Ramachandra (Jayaram) are two best friends. If time comes together and Jayaram becomes the owner of the company. Valmiki, however, remains the average employee. In that order Jayaram’s wife (Tabu), Valmiki’s wife (Rohini) gives birth to the same hospital fruitful child at the same time. But Jayaram turns his child into a baby with the help of a nurse as Jayaram is dead when the baby is born. After that Jayaram named the child Bantu (Allu Arjun) and raised him. He falls for the joy of having his child (king) without growing up in a middle class family like his. But in one situation a new turn in the story takes place when the nurse tells the pawn the real thing.

What did the pawn do after realizing that Valmi was not a child? Under what circumstances did Bantu approach his own parents. How he solved the problem his parents were facing at the time. What kind of turns did love take with Amulya (Pooja Hegde) whom she encountered in her life journey? How Bantu solved the problem faced by Raj (Sushant). In the story, what is the role of Appalanayudu (Samudrakhani), Prajapati (Rajendra Prasad), the elder of the house (Sachin Khelkar) .. Ala Vaikunthapuram is the answer to the question of how he turned a house that was stuck in many problems into a paradise ..

For Valmiki, who lives a middle class life, the first part begins with the scenes of his wife suffering from hemorrhoids being admitted to the hospital and Jayaram’s wife coming to the hospital to give birth. Changing the babies born in an emotional scene, pushing the nurse downstairs to Valmiki .. Screaming scenes like her reaching into a coma .. Going into the actual story. Allu Arjun as Bantu and Raju (Sushant) as characters in the entry .. Scenes like Bantu falling in love with Pooja Hegde will become entertaining. With the support of Navdeep and Rahul Ramakrishna, the scenes go on with good comedy. The story turns into a serious note when a problem arises in Jayaram’s company. The first part ends with the nurse coming out of a coma during the interval and telling the pawn the real thing, after which the pawn stops the foster father Valmiki.

The second part is filled with emotional content and the pawn character becomes even stronger as he moves into solving the problems he encounters one by one as he enters his own home. In the second part, the episode between Jayaram and Tabu dealing with Bantu becomes a highlight for the film. The fact that the latter wave reveals that he is the heir to Vaikunthapura has become even more emotional. If all this goes well, it can be said that Allu Arjun’s Mass and Commercial Hungama has taken the film to another level. With the influence of films like Sannaf Satyamurthy, Attarintiki Daredi, Rowdy Alludu, Raju Peda, the film has become a feeling good with a new treatment to the story that seems to be routine.

Trivikram once again with a sharp pen

Director Trivikram has once again sharpened his art in turning Ala Vaikunthapuram into a whole and soul director movie. He mixes the house he strongly believes in, the people in the house, the bonds, the attachments, the affections, the jealousies and turns it into a fine emotional family drama. Emotion is impressive in some scenes .. Juggling with words in other scenes. It can be said that Allu Arjun has fully utilized his energy and done magic with mass elements. There is no doubt that the movie in Vaikunthapuram has responded well to the criticism that he has been hesitant in making films in the right way in recent times and has not been able to surpass the expectations raised against him.

As a pawn, Allu Arjun went away without an inch gap. Allu Arjun once again showed his mettle in providing the audience with many times the satisfaction of the gap that came. Mass, adding class elements and exploding in every scene. He rallied with performance on the range of whether the transplant was over impatience that the gap had come. Pooja was accompanied by Hegde in romantic scenes. He then tasted a new mark in comedy.

Precious Pooja Hegge reaped the harvest of glamor. In some scenes she displayed her beauty as hot. Also acted well in key scenes. Chemistry with Allu Arjun is cultivated on screen. His character seemed to be the same in scope. It can be said that Niveda Pethuraj is not of much importance. It looked like that just for the glamor on screen. With that she had no chance to excel at large.

Tubu then went on to play an emotional role. She competed with Malayalam actor Jayaram. The gestures she made in the second half were heart touching. As well as the dialogues she narrates in the climax, the emotions she utters are impressive. Rohini also impressed in some scenes. The rest of the characters like Jayaram, Sachin Khelkar and Samudra Khani have become strong in the film. Sushant, who is com throughout the film, impresses in the final scenes. Navdeep, Rahul Ramakrishna and Sunil are limited to guest roles.

Taman scored full marks in the technical section mainly with music. Taman, who provided the blockbuster audio for the release, screamed with on-screen re-recording. BGM can be said to be another level in emotional scenes. PS Vinod brilliantly screened the songs provided by Taman. Also every scene was designed as a feast for the eyes.

Ala Vaikunthapuram is a film about human relationships, family values, bonds, attachments, jealousies and a big platform for mass and entertainment. Trivikram is once again doing super magic with his words, with the addition of Allu Arjun High Energy which has become a real wallpaper gift. Talented actors like Tubu, Sachin Khelkar and Samudrakhani have taken the film to another level. A good dinner-like meal during the festival is at Ala Vaikunthapuram. There is a possibility of looting record level collections in the wallpaper race.

The movie will be screened at Ala Vaikunthapuram by Harika and Hasini Creations, Geeta Arts, Allu Arvind, S. Built jointly by Radhakrishna (Chinababu). An additional attraction of the film is the selection of suitable actors for the script. The manner in which the senior actors were selected keeping in view the multi-lingual audience conveyed their interest in the field of production. The selection of Jairam, Samudrakhani, Tabu and Sachin Khedkar for the satellite business for the South audience informed their business vision. These two banners richly screen each frame without hesitation for cost.

Ala Vaikunthapuram is a film about human relationships, family values, bonds, attachments, jealousies and a big platform for mass and entertainment. Trivikram is once again doing super magic with his words, with the addition of Allu Arjun High Energy which has become a real wallpaper gift. Talented actors like Tubu, Sachin Khelkar and Samudrakhani have taken the film to another level. A good dinner-like meal during the festival is at Ala Vaikunthapuram. There is a possibility of looting record level collections in the wallpaper race. 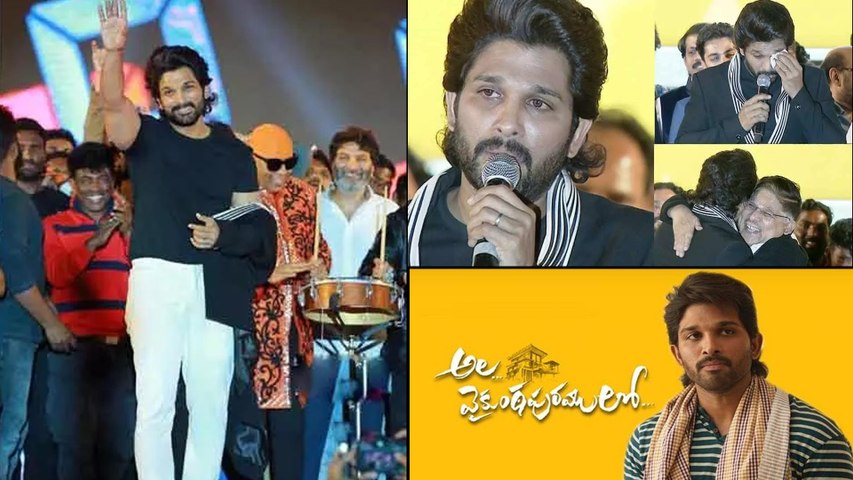 Ala Vaikunthapuram is a film about human relationships, family values, bonds, attachments, jealousies and a big platform for mass and entertainment. Trivikram is once again doing super magic with his words, with the addition of Allu Arjun High Energy which has become a real wallpaper gift. 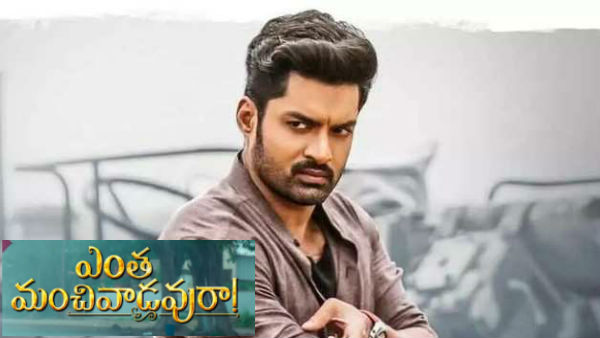