A man is killed. Medical students are experimenting with the body. Even if the government says that the experiment of bringing dead people back to life will not happen .. the orphan corpse will be revived by experimenting that no problem will come. Life is poured but the past cannot be brought. What are the efforts made to remember the past? Finally recognizing the past. The story of what finally happened.

Twists in the story ..

Curiosity is heightened in the first scene with scenes like the brutal murder of a man in Ladakh and his discovery by medical students. And then Vasu goes on to tell the story of the family hardships, Nabha Natesh entry. The story seems to have gained momentum with scenes like experimenting on a dead man and resurrecting him. The scenes where he tries to remember the past, the Nabha Natesh scenes, the other gang that goes in search of Vasu seem to be a bit confused as it all goes on like this. A twist that comes in the first half is sure to thrill everyone. Fastoff, however, does not seem to mind, with a narrative that seems to have gone somewhere in a flow, a speed brake.

Discoraja is the beginning of the past, growing up as a gangster committing thefts .. The feeling is seen in many movies before. However, Satya, Sunil’s comedy and Ravi Teja’s presence are all new and the second half goes on as it does not seem boring. The second half seems to have gone to another level with scenes like Sethu giving entry, starting a feud, cooking Discoraja Biryani. Entering the role of Helen (Payal Rajput), the love scenes with her, her appearance all feel fresh. While this may seem like a simple revenge story, it is a bit of a minus. The Telugu audience will definitely be thrilled with the twist that comes at the end. Overall the second half has the potential to impress the audience as a romantic and action entertainer.

Performance of the cast

Ravi Teja’s performance as Discoraja is like never seen before. Dialog delivery, look, attitude and style all feel on a different level. Mass Maharaja, who acted as Full Energy, not only entertained the fans but also the average movie-goer. In this story, the characters of Sethu, Helen and Antony Das are mentioned after Discoraja. Bobby Sinha was successful in cultivating vilinism in the role of Sethu. Payal looks new in the role of Helen .. Payal who played the role of deaf and dumb .. impressed with the looks. In the role of Antony Das, Sunil shocks everyone. Moonlight created enough fun with the likes of Kishore and Satya. Nabha Natesh and Tanya Hope appeared for a while but still impressed the audience. Satyam Rajesh, Zabardast Mahesh, Annapurna and the rest of the cast acted to their extent.

Everybody thinks that there will be a new point, a new cow, when a movie comes from VI Anand, who has shot different films like One Moment Wherever You Go. But except for one point, the resurrection of a dead man is wrong. The once worn out gangster revenge story was once again presented to the audience in the form of Discoraja. Two gangsters, a rivalry between the two of them, a love affair with the hero, becoming good for the heroine, someone killing the heroine, and finally the hero coming and blunting it all. The same story was told by VI Anand using the new Scientific Terminology. But this story can be told without the need for it. With the teaser and trailer cut to arouse interest from the start, the same sci-fi movie is likely to disappoint the intended viewer. However, it can be said that VI Anand has succeeded in showing Ravi Teja that he has never seen before and in impressing his fans.

Lack of novelty in the story

A story that seems confusing

Music and cinematography are especially important in the case of Discoraja. Taman took the film to another level with his songs and background music. The songs seem so catchy .. The camera work seems to be Karthik Ghattamane in showing them just as beautifully. Karthik’s work is seen in showing the Ladakh scenes at the beginning of the film in a wonderful way and in showing Ravi Teja in a new way. Feeling we have ‘Run out of gas’ emotionally when it comes to editing. Art department, production values ​​are in line with the level of cinema. 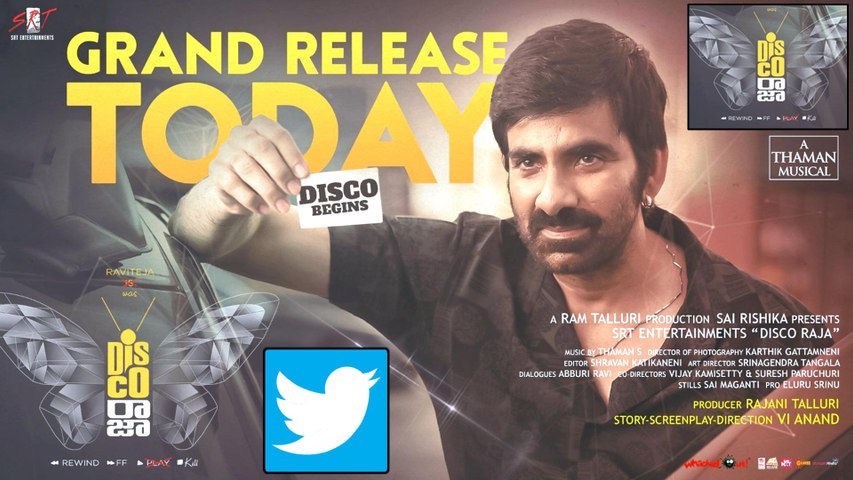 For Ravi Teja, who is experiencing setbacks with a series of films .. Discoraja seems to be relieving. Acting with unprecedented energy seems to be an eye-opener for Mass Maharaja fans. However, it is unknown at this time what he will do after leaving the post.