Ajith He went on a 10 thousand kilometer bike ride with his friends. He returned to Hyderabad after going for a bike ride. Then he met the fans. Fans who saw Ajith Kushiyaki took a photo with him. 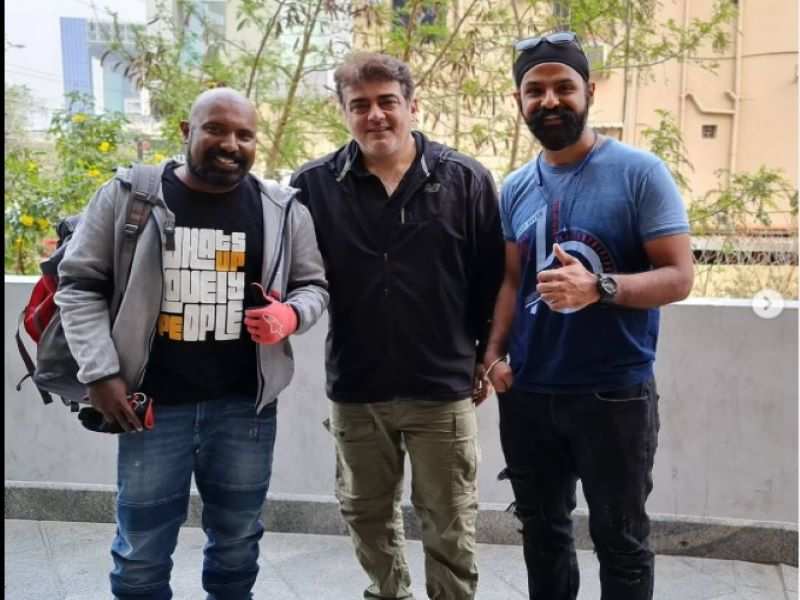 10,000 km Bike Ride: Viral post of the person who went with AjithFans who have been longing to see a latest photo of Ajith have got the photos in unison. Fans who saw Ajith in those photos were amazed. Those who took the photo with Ajith have posted it on social media.

One of the fellow Ajith fans who saw the photo posted by an avid fan in it, nodded Strength Update said Katie. To which the fan, he asked, replied that he would be coming soon. Ajith fans have been happy with this response as they have been asking everyone if there is any strength update available.
H. It has been more than a year since the update came about the strength film starring Ajith in the Vinod direction. Ajith’s birthday was not even updated. 90 percent of the scenes were filmed. But the First Look poster has not been released yet. The first look will be released only after the whole film is shot.

The strength film is being produced by late actress Sridevi’s husband Bonnie Kapoor. Ajith fans are upset to see him giving updates on other films he is producing. Vinod and Bonnie Kapoor begged for an update but to no avail.

Following this, a fan has gone to Tamil Nadu Chief Minister Edappadi Palanisamy and asked for a strength update. And fans are asking for updates on everything from those who have little to do with the film. Seeing this, social networking sites are sinful and teasing.

Congratulations to Vijay Sethupathi for releasing the poster of ‘Uppena’!