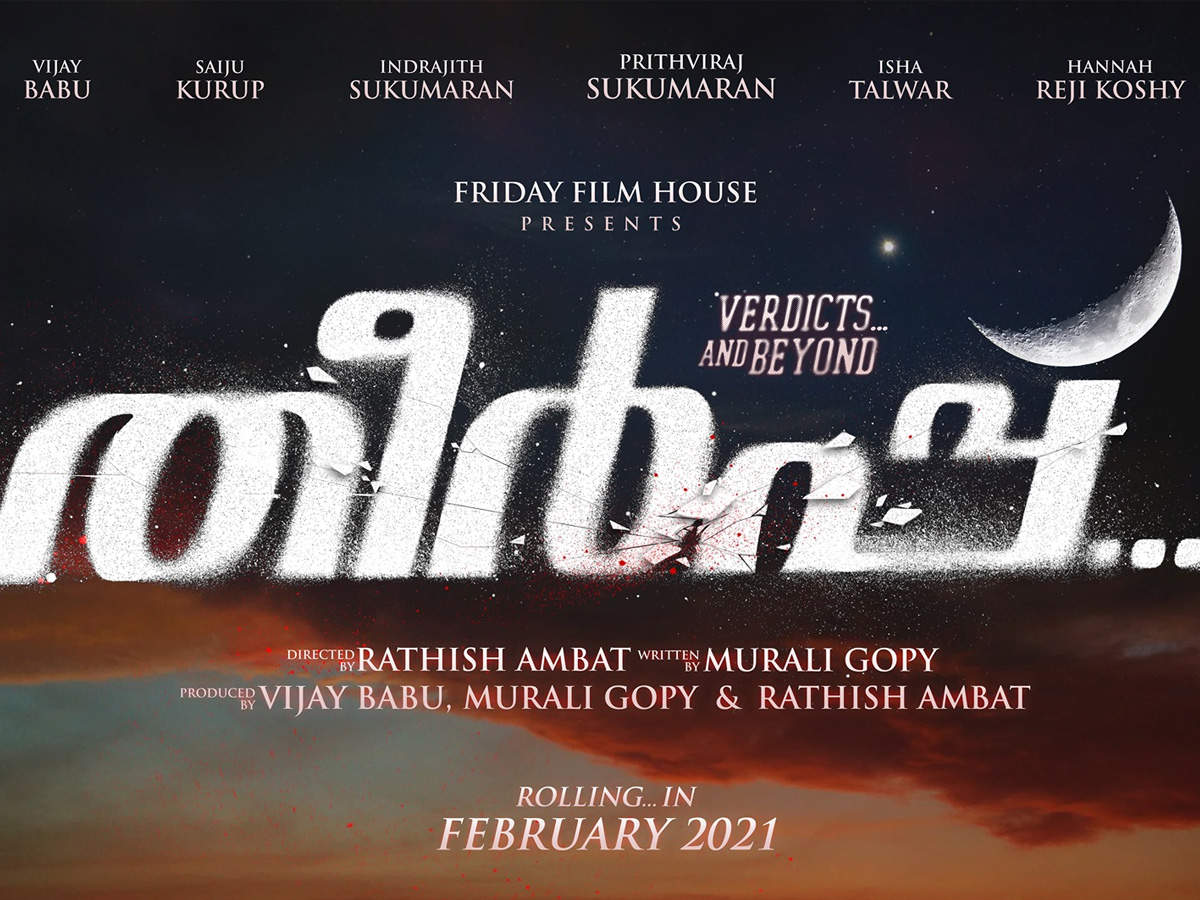 After Kammara Sambhavam, Ratheesh Ambattu and Murali Gopi are teaming up for a new movie ”. Starring young superstars Prithviraj Sukumaran and Indrajith Sukumaran, the film is being produced by Vijay Babu, Murali Gopi and Ratheesh Ambat under the banner of Friday Film House. ALSO READ: The film also stars Isha Talwar, Saiju Kurup, Vijay Babu and Hannah Reji Koshy in the lead roles. Filming will begin in February. ALSO READ: Prithviraj, who shared the poster of the film, captioned it as “That one-word-verdict” that is a two-pronged settlement of both judgment and revenge. Earlier, Prithviraj and Indrajith had teamed up for Murali Gopi’s screenplay ‘Tian’. Hope is high when the two reunite after the break.

‘A Mee Ra’ with the challenges faced by the children of the intercast couple; Meenakshi as the heroine in her father’s story!

The film is a biography of world-renowned philanthropist Uma Preman

Ashraf Hamza with new film after comedy; The hero is Kunchacko Boban

That casting call is over; Madhu and Manju want fake messages to be ignored