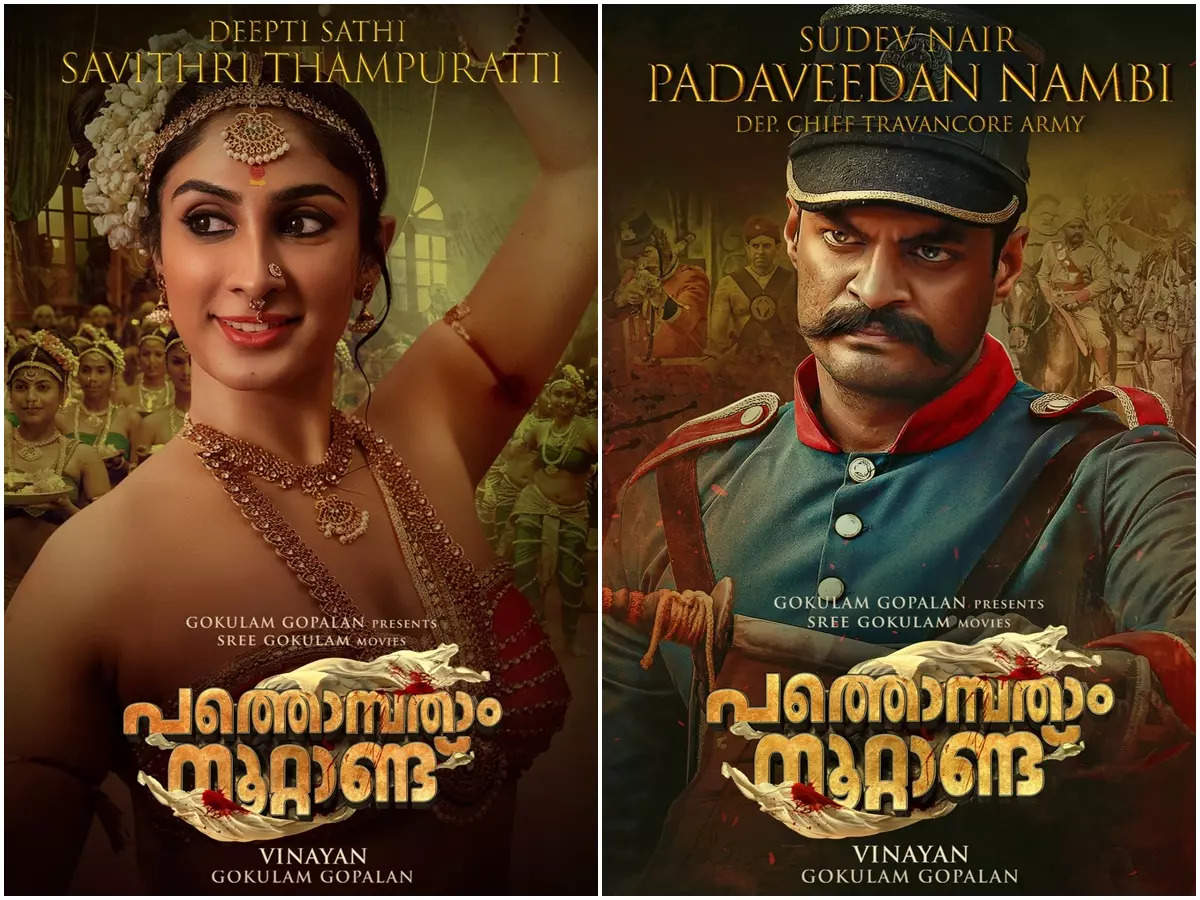 A new nineteenth century character poster directed by Vinayan has been released. The director introduced Deepti Sati’s Savitri Thamburatti. Suresh Krishna, Anoop Menon and Sudev Nair had earlier released their character posters. The fourth character poster for “Nineteenth Century” is set to be released today. Produced by Sri Gokulam Gopalan, this epic historical film stars more than 50 leading actors. Today’s poster introduces you to Savitri Thamburatti, the great Kovilakam played by Priyataram. Savitri Thamburatti, who was educated and beautiful, was also a good dancer who danced even in the royal court. At that time, Savitri was deeply disturbed to see the suffering of the lower castes in Travancore due to untouchability. At the same time, a man from Arattu had raised a strong protest against the inhumane acts of touching and slapping. The voice heard for the downtrodden was that of the Arattupuzha Velayudhapanikars. Ms. Savitri wanted to meet Velayudhan in person and congratulate him. Savitrikutty, who was very young but lived with a strong femininity and a compassionate mind towards the homeless, had to face ordeals. Actress Deepti Sati was said to have given life to the character beyond expectations. Suresh Krishna, a blessed Malayalam actor, plays the role of Parameswara Kaimale of Panikkassery clan who has the right to kill and murder. Suresh Krishna came into cinema through my film Karumadikuttan. Sudev Nair’s character Padaveedan Nambi is the second Commander of the Thiruvananthapuram Army. Padaveedan Nambi was one such army chief who lived in the middle of the nineteenth century. But there was a warrior of the lower caste who confronted his arrogance and official pride without even mentioning it. That’s it. Padaveedan Nambi was an extraordinary person who was accustomed to command anyone with the power of power and extraordinary athleticism. Every time Nambi and Velayudhan clashed, a trumpet sounded. The director had also testified that Sudev has made Padaveedan Nambi very beautiful.