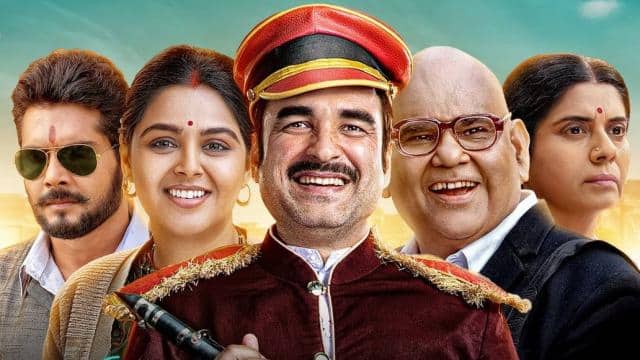 During this time, the film tries to show the poor condition of the country’s government system, how the country’s system can completely ruin the easy and normal life of any human being. How do not get justice easily even after months of court and court. The entire film is the story of a man who struggles against the entire government system to prove himself alive. In this struggle, he includes many other people like him in this fight.

How Bipasha Basu fell in love with Karan Grover after the breakup of John Abraham, know the full story

Talking about the story of the film, it seems a little light at first but later the film goes on to become serious. As a viewer, you also go on a thrill in the film. Although at some places the story of the film is also a little slow, but due to Pankaj Tripathi’s excellent artistry, you will feel this thing less.

Pankaj Tripathi has acted by drowning in the character: Pankaj Tripathi playing the role of Bharat Lal in the lead role of the film gets so entrenched in that role that you forget something that this film is running and some actor is acting. Perhaps this is also Pankaj Tripathi’s quality as an artist. Apart from this, M Monal Gajjar as Bharat Lal’s wife Rukmani and Satish Kaushik as lawyer Sadhuram have also done a good job. Also in the film, actors like Mita Vashistha, Neha Chauhan, Amar Upadhyay and Brijendra Kala have also been seen in different roles.

In preparation for ‘Rashmi Rocket’, Taapsee Pannu’s body gave a response, the actress expressed pain in the video