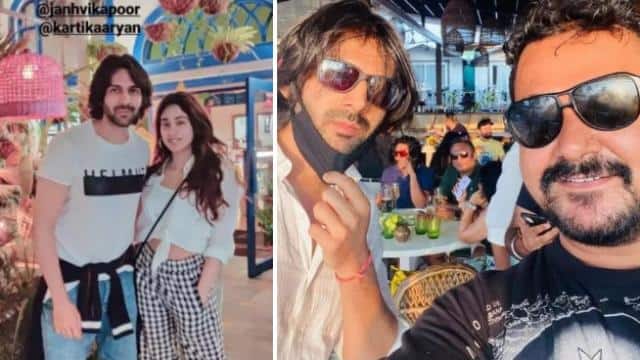 The Bollywood film industry has returned to work again after New Year’s celebrations, but the New Year celebrations for Karthik Aryan and Jahnavi Kapoor seem to have begun. Both were recently spotted in Goa. A photo of Karthik and Jahnavi is going viral on social media. Both are enjoying vacation in Goa.

Apart from this, Karthik Aryan also clicked a selfie with a fan. For the photo, Karthik Aryan lowered the mask with a mouth, followed by a pose. The chemistry, which is seen offscreen between Karthik Aryan and Jahnavi Kapoor, will soon be seen on screen. Both will be seen romancing in the film ‘Dostana 2’.

Tiger Shroff praises Rishi Kapoor, says- After the release of my film …

The film is produced by Karan Johar. Karthik Aryan is working for the first time with Dharma Productions. TV actor Lakshya is also going to make his debut with this film.

Punjabi star Guru Randhawa reduced to 15 kg, said – 2020 was the year of change for me