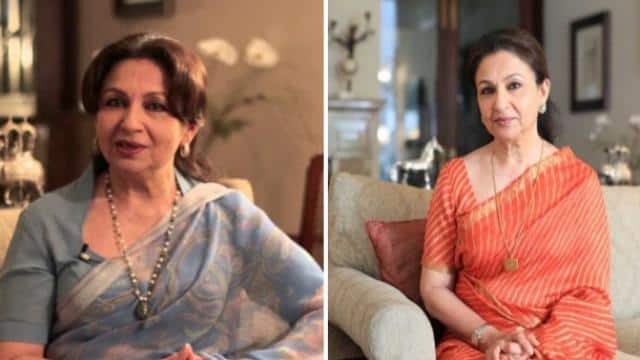 Actress Sharmila Tagore was on social media due to deteriorating health. Now the actress has issued a statement describing these things as a rumor. Sharmila Tagore says that she is perfectly fine with the blessings of God and there is nothing to worry about.

Sharmila Tagore said, “I am fine with the blessings of God, nothing has happened to me.” No health has worsened. There is nothing to worry about it. I am 76 years old, I try to keep myself busy reading books, gardening and social engagements at this age. Also having a good time with family members. Nothing to worry about. “

Hrithik Roshan with the boy on the door leading to the hospital, the actor did a rough job, video

It is known that in the lockdown of 2019, Sharmila Tagore saw her films which she had not seen before today. Talking on this, Sharmila Tagore said, “I had not seen many films of my own. And I feel proud to say that my films ‘Chhoti Bahu’ and ‘Badnaam Farishte’ were really great films. I liked Asit Sen’s film ‘Safar’ and Bhimsen’s film ‘Duriyan’. I have done a very professional role in both the films. Today, that role was very different from the roles that the heroines received. Apart from this, I liked Anupama, Amar Prem, Safar, Talaash and Aradhana films. ‘Apur Sansar’ and ‘Devi’ were excellent films in themselves. I got an opportunity to work with Satyajit Rai in both films. “

When guests coming to Anushka Sharma and Virat’s house, know everything in detail

Kangana Ranaut shared the workout video, said- whoever is fit is a hit

Salman Khan shared a video of a childhood friend’s wedding, said – still have time, run away