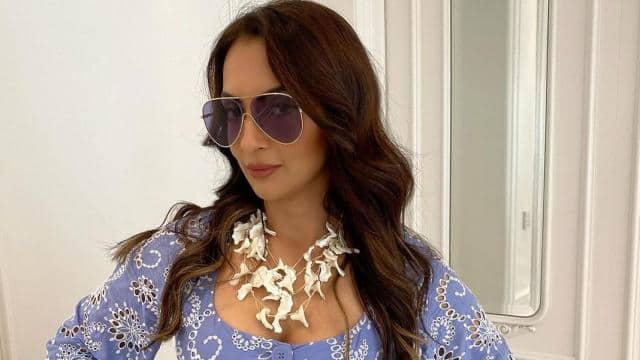 There is now a comment from Seema Khan, wife of Sohail Khan, on the ongoing debate about dynasty in Bollywood. Seema Khan has said that there are many people who were from film or celebrity family, but even after that, they could not do anything big in Bollywood. In this episode, she also gave the example of her husband Sohail Khan. Seema Khan said, ‘Talent speaks. There are many actors in the industry who come from large families, but could not do anything big. It also includes my husband. Dynasty does not mean that you will do something. In the end, you have to be serious and try hard. It is applicable in every area of ​​life. This is the mantra, I also believe it. I teach the same thing to my son.

Seema Khan, who recently appeared in Karan Johar’s show The Fabulous Lives of Bollywood Wives, is a fashion designer by profession. Seema Khan said on the criticism that she and other celebrity kids were involved in the show that it was a realty show. Seema Khan said, ‘Our life has been talked about in this show. These children have been our lives. The major part of any woman’s life is her family and children. Failure to do so is completely contrary to the truth of life.

Tharoor’s reply to Kangana Ranaut, I want to see every woman as strong as you

Seema and Sohail Khan live separately. In such a situation, questions often arise about the relationship between the two, whether the two are different. Seema Khan said that everything has been shown to be true in this show. Apart from this, I have always kept my point open. Our marriage is a little different than usual.

Suddenly deteriorated health, yet Anushka had hidden the matter of pregnancy

Significantly, since the death of actor Sushant Singh Rajput in suspicious circumstances in June last year, the debate about dynasty in Bollywood has been very strong. Even before Seema Khan, the actor has said about this debate that in the end he gets the place, which is constantly engaged or which has talent.

Rajkummar Rao said on filming with Priyanka Chopra – Despite being a big star, does not make anyone feel small

Due to shame in doing ‘kiss’, the girl rejected Akshay Kumar, see- disclosure of Mr. player

Even after the director’s apology, ‘Tandava’ continues on the web series, BJP leader said – Content will have to be removed

Shahnaz Gill said about marriage- I am not yet old, I will do it when I want to, video viral