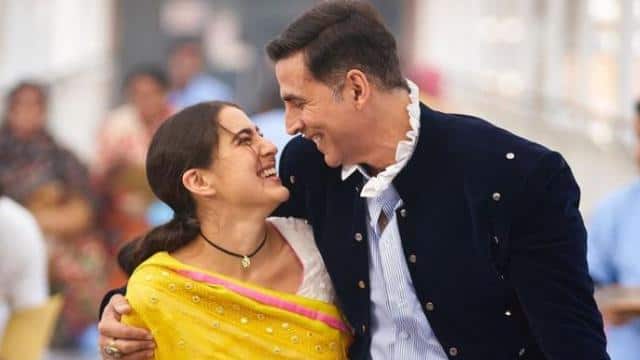 After the flop of the film ‘Coolie No 1’, Sara Ali Khan is going to be seen in the film ‘Atrangi Ray’. In this film, Akshay Kumar and Dhanush will be seen playing the lead characters along with Sara Ali Khan. Sara Ali Khan is very excited about this film. Fans asked Sara Ali Khan if she didn’t think she should focus on women-centric films anymore, as there is a trend for similar films.

When Sara Ali Khan was asked about this, in conversation with Koimoi, Sara Ali Khan said, “I don’t know, it didn’t work for me.” For me, my career has never been such that let’s do commercial films today, do serious or day-to-day solos, or do Ranveer Singh. Does not happen like this. It is always for me that if someone tells me a story, I feel that the story has to be told to me, now whether I am telling that story alone or a small part of me or it is very big, at the end of the day I am only good And want to tell the right stories. “

Sara Ali Khan said about her work in the future that she will now try to play only rich and brilliant. Sara says that I think I have become a little greedy after getting a good character in the film ‘Atrangi Re’ and I think now the focus should be on doing only the fantastic things. That does not mean doing it alone. I just want to do a role and a character that I can mold and a story that should be told. I don’t want to do more in my career in the choice of films. I don’t want to make things difficult for myself at all.

Priyank Sharma, son of Padmini Kolhapure, is going to tie the knot with Shaja Morani, video

When Anushka Sharma spoke openly about the lip job, she said – I had nothing to hide.