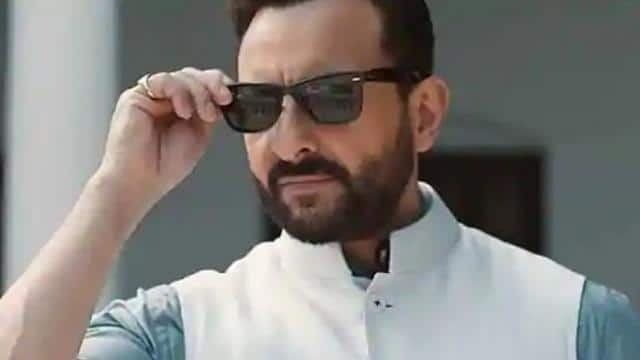 Bollywood actor Saif Ali Khan will soon be seen in Ali Abbas Zafar’s web series ‘Tandava’. He will be seen playing a politician in this web series. Saif Ali Khan has lived quite a royal life in real life. Talking about his character in the web series, he said that the reason for living royal life is that he was made a part of this series.

In an interview to the Financial Times, Saif Ali Khan said, “I was born in a royal house in Delhi. I understand this. If you ask me if I play the role of a politician or royal prince, then to a large extent it will look onscreen like I am actually born. The casting of the web series is quite impressive. “

Saif Ali Khan is the son of Veteran cricketer Mansoor Ali Khan Pataudi and Sharmila Tagore. He is also known as the Nawab of Pataudi.

Saif Ali Khan further says that the entire show is about the battle between royal and common, two humans. People are really questioning the show of royal and common people through this show. We are debating, talking, adopting and rejecting the web series, a very beautiful web series, for today’s culture.

Let us know that many celebs have been part of the series including Sunil Grover, Dimple Kapadia, Gauhar Khan, Sarah Jane Dias and Kritika Kamra. This web series will be released on January 15 on the OTT platform Amazon Prime.

Manoj Tiwari is not ‘father of Rinkea’, Bhojpuri actor told- what is the name of baby girl

See, this hot bikini photo of Mandira Bedi is going viral on Instagram

Deepika Padukone shared the video of the Journey till now, husband Ranveer Singh, along with the family came with many people