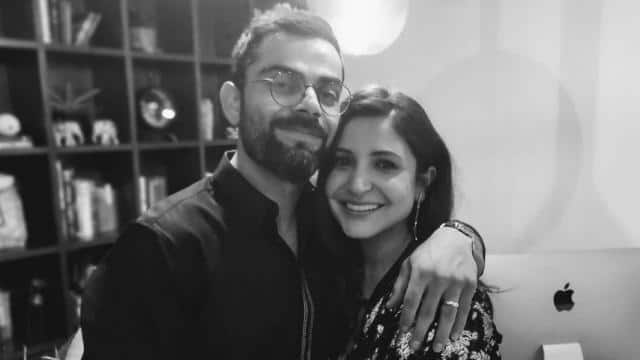 The security protocol is so strict that even relatives are not allowed to meet Anushka Sharma. At the moment, Virat and Anushka are not accepting gifts of any kind and no one is being allowed to meet Anushka. Not only this, visitors to the surrounding rooms are not allowed to have a glimpse of the girl. Let me tell you that Virat and Anushka have appealed to the photographers that they can take their pictures, but do not click the pictures of the daughter. On Monday, Virat Kohli himself reported the birth of the daughter.

Virat Kohli-Anushka Sharma appeals to paparazzi, do not click any photo of their daughter

Virat Kohli had written a message on social media, saying, ‘It is a great pleasure to tell both of us that we have a daughter here this afternoon. We are deeply grateful for your love and wishes. Both Anushka and our daughter are perfectly fine and it is our good fortune that we have got the chance to experience this chapter of this life. We know that you will definitely understand that at this time we all need the left privacy. ‘ Earlier Anushka Sharma also said in an interview to a magazine that we will keep our child away from social media.

Not only this, Anushka Sharma also expressed anger at the photographer when she was photographed sitting in the balcony of the house with Virat Kohli. Anushka Sharma, while sharing that picture on her Instagram story, wrote that despite repeated refusal, photographers and publications are constantly interfering in privacy. Now all this should stop.

Rajiv Kapoor left before the release of his last film ‘Tulsidas Junior’, was back after a long time

When Amrita Singh wore daughter Sarah Ali Khan herself for her second marriage, know how the relationship is

When father tried to slap Kangana Ranaut, the actress said in response, a big thing

Hrithik is in a mood to take the legal battle with Kangana to the last! Said- upset over hurting reputation