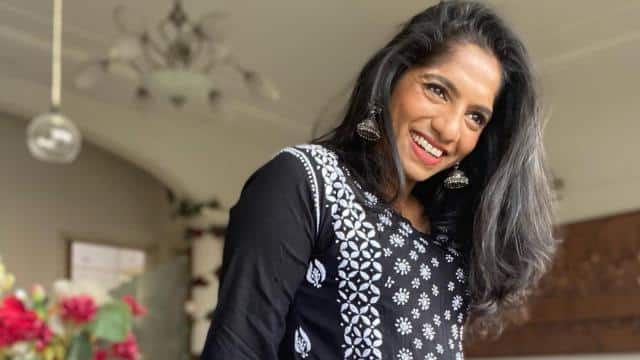 Jamie Lever, daughter of Bollywood’s famous comedian Johnny Lever, is also seen growing on her father’s path. Recently she shared a video on YouTube, in which she is seen miming Kareena Kapoor, Kangana Ranaut, Sonam Kapoor, Asha Bhosle and Farah Khan. In this video, she talks on issues ranging from the corona vaccine to nepotism and mimics these actresses. Like speaking in the style of Farah Khan, she says, ‘I have become so bored during Corona’s time. During this time I danced so much that I became thin. I do not even recognize that I am Farah Khan. ‘

This video by Jamie Lever has received nearly 5 lakh views so far. In this video, Jamie Lever is talking about clothes while mixing Sonam Kapoor. Apart from this, the actress is talking about photographers imitating Kareena Kapoor. He also mimicked Asha Bhosle in the video and also talked about the Corona vaccine case. In the video, Jamie is doing a mix of all female actresses in a very cool way. Not only this, Jamie Lever has also copied the style of dressing these actresses during Mimicry.

Jamie has also talked about nepotism, mimicking Kangana Ranaut. While commenting, users have praised Jamie Lever. In particular, Farah Khan’s admiration has been appreciated by the people. A user wrote that if he is heard with his eyes closed, there can be confusion that perhaps Farah Khan is speaking.

Jamie Lever has become increasingly popular on YouTube in the past. His account has more than 2 lakh subscribers. Often their video views are in millions. Let me tell you that the film industry of Jamie Lever’s father Johnny Lever has close to three decades of experience. During this time he has worked with all the legendary stars including Govinda, Aamir Khan, Anil Kapoor, Shah Rukh Khan, Salman Khan.

Sparkle Sonu Sood’s pain? Tweeted and wrote- The issue is that if someone is good then why is it good …