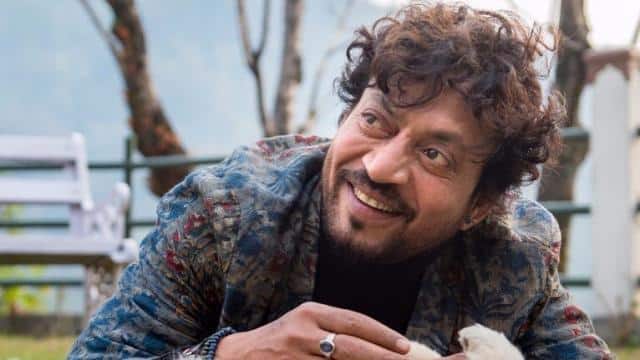 ‘Only humans can be wrong when they are not wrong.’ Today is the birthday of famous actor Irrfan Khan. All his fans in the country and the world are remembering him and in his own way, he is capturing their memories. Last year, with many challenges, many celebrities were snatched away from us. Irfan Khan’s departure was similar. As gracefully as he lived, he departed from this world with grace. On the morning of 29 April, thousands of cinema lovers felt like this wrong time when it came to know that Irfan Khan was no more. If there is anything eternal in this world, it is death, but still the greatest pain and fear comes from death itself. Two years ago when Irfan got a complicated disease, he wrote about it on social media.

In the trailer intro of his last film English Medium, he says, ‘Hello brothers and sisters, this film English Medium is very special for me. Really believe that my heartfelt desire was to promote this film with as much love as we have made it. But some unwanted guests are sitting inside my body, conversation is going on with them, let’s see which side camel sits. You will be tipped as it happens. As the saying goes “when life gives you lemons make lemonade”, it sounds nice to speak, but in reality when life puts lemon in your hand it becomes very difficult to make shikanji. But what else do you have, besides being positive? Right now you are able to make lemon syrup in your hand or not.

Irrfan Khan will be seen in this film for the last time on the big screen, know when will be released

And finally they say, ‘And Yes wait for me.’ This positivity establishes Irrfan Khan as such a big actor. In his three-decade career, he has acted in more than 50 national films and serials. International films include The Namesake, Slum Dog Millionaire, Life of Pi, The Amazing Spiderman, Inferno. In 2011, he was awarded the Padma Shri. In such a short span of time, Irrfan’s name had come under the category of actors called special. It is evident that Irfan has a deep connection with passion and hard work behind it. He started this journey in 1988 with the film Salaam Bombay and never looked back. He got a special recognition from the film Paasta which came in 2003 and Maqbool in 2004. Life in a Metro, The Lunchbox, Piku, Paan Singh Tomar, Haider, Talwar, Hindi Medium and English Medium in 2020 are important films in the last 2 decades.

Irfan Khan kept on thinking about the death of the animal, what will happen to his family?

Lyricist Varun Grover wrote for Irrfan, ‘Now this heart will not be connected again. Thank you Irfan, for keeping your life on the raw roadside in the pot of Maati and filling the sweet water of your art in it. We thirsty passersby will not be able to complete any journey without it, nor will we be able to do it. When nothing remains, there will still be water. Love, salutations. Hail. The coming breeds will love us that we saw Irrfan. ‘ How different and special it is to give water to an actor. This comparison of Varun Grover seems to sit perfectly when watching Irrfan’s films.

Bollywood is often criticized on the grounds that it only displays a show of love, which is true to a large extent, but actors like Irrfan do not fit into this made-up mold. Perhaps this is why some different patterns of natural love are created and Irfan lives them on the screen, and fits them in our hearts. Off the plains of Switzerland in the film Piku on the Ghats of Banaras, you will feel the love to love as many times as you remember that serene scene of Irrfan and Deepika. Due to the ravaged rebels and family of Madhya Pradesh, he played the journey of becoming a ‘champion to rebel’ so deeply that he entered into our hearts. In The Lunch Box, they play and communicate through the lunch box and the innate human emotion in front of the audience so effortlessly that you start looking for a similar story in a lunch box somewhere near you.

In the film Caravan, they try to help like a common man in a terrible situation. At the same time, he plays the character of a lively man in a single so much that you become a fan of him. We all must thank Irfan for making a different stream of romance immortal on screen. In his last letter he writes, ‘Uncertainty is certain. As I was entering the hospital exhausted, in pain, I realized that my hospital was right in front of Lardes Stadium. It was like the mecca of my childhood dreams. Amidst his pain, saw the poster of smiling Vivian Richards. In this hospital there is a coma ward just above my ward. ‘

Irrfan writes, ‘I was standing in the balcony of my hospital room and it shook me. Only one thing in the world is sure, ‘uncertainty.’ I could just feel my strength and try to play my game well. All this made me feel that I should surrender myself without thinking about the result and believe it, without thinking where I am going. 8 months or two years from today. Now the worries have taken a back seat and are starting to fade. For the first time in life I have realized what the real meaning of ‘freedom’ is.

This letter written by Irfan is a sign of his positive attitude towards life. In the heart of art lovers, their art and memories everyday ThrobWill. Artists are not created, they are born. Certainly, Irrfan’s art was not a day or just a few years, but it was a smooth development of a long process. Seeing them on the screen, when you attach yourself to them, you are warm. He did not inherit such a stature but it is an honor earned by his untiring hard work and dedication. On some different issues, Irrfan has made his own special identity by acting separately and the generations to come will look proudly towards this celebrity and will smash with us in the words of Varun ji. Today they are not among us, in such a situation, I remember a lion of Rahman Faris saheb:

“The story is over and over”
That people started crying and clapping. “

Comedian Kapil Sharma, who came in support of farmers, said – We are with you, this issue should be resolved from the conversation.

Saif Ali Khan’s house arrived at the head of the Corona vaccine company, said – it is always necessary to apply masks

Kapil Sharma asked Neha Kakkar – Did you charge a fee to perform in your own wedding? Singer said this for father-in-law