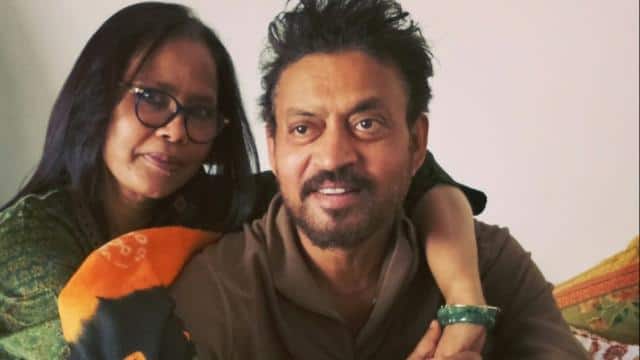 The late actor Irrfan Khan is remembered by his fans and family in his own way. Irfan Khan, who gave Indian cinema a different acting from the stereotype role, will always be remembered. Meanwhile his wife Sutapa Sikdar has written an emotional message remembering her husband. Sutapa has told on Facebook how Irrfan Khan did not celebrate his birthday. He used to say that the year spent with birthday is a sign of reducing your life. Regarding this, Sutapa wrote, ‘I will celebrate this day because if you had not been born then how could I meet you? So I am celebrating this day today. The date, the constellation and the planet in which you came to this planet.

Sutapa Sikar wrote in a very emotional manner, ‘Now you are in infinity. Did you get the answers to the questions that you used to do often. ‘ With this post, Sutapa Sikdar has written in remembrance of her husband in the style of Shireana …

Neither we hide our mouths, nor we bow our heads,
Live through the eyes of the stars.
Now if you live less one night then it is less right,
This is why we lit the torches.

With this, Supata wrote that I am celebrating your birthday because if you do not take birth then I will never meet you. Earlier, Irrfan Khan’s son Babil also wrote an emotional post on his first birthday after his father’s death and told how Irfan Khan never celebrated his birthday nor allowed anyone to celebrate. Please tell that Irfan Khan died on 29 April last year due to cancer. He fought this difficult disease for two consecutive years, but eventually succumbed.

VIDEO: Rohanpreet Singh trolled by users, said- you will always be known as Neha’s husband

Amitabh Bachchan’s voice will not be heard in Corona Caller Tune, know who will replace him