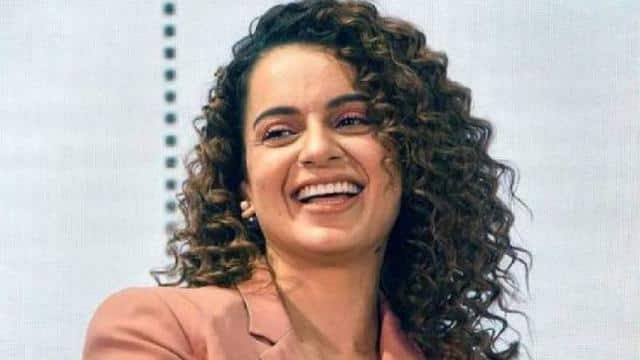 Kangana Ranaut has opposed the suggestion of Kamal Haasan and Congress leader Shashi Tharoor to give domestic work a profession status and fix salary. The actress termed the suggestion of both as wrong and said, ‘Do not put a price tag on the basis of gender. We are doing this work with love. We are queen of our own small kingdom and our home, do not see everything as a business. Surrender to your lady she wants you, not just love, respect and salary. ‘ Earlier, Kangana Ranaut had said about the contribution of the homemakers to fix some salary for them.

Supporting the opinion of Kamal Haasan, Shashi Tharoor wrote, ‘I support Kamal Haasan’s idea that housework should also be valued as a salaried profession. Homemakers should be given monthly salary from the state government. This will give respect and recognition to the work of women homemakers in the society. Their strength and autonomy will increase and we will be able to get closer to the rule of universal basic income. ‘

Not only this, a Twitter user said that working men get more importance and homemakers are financially dependent on their husbands. Kangana Ranaut said, ‘It would be worse that the owner of the house be made the employee of the house. Price tags cannot be imposed on lifetime renunciation by mothers. It is such that you want to pay God for his creation. It is a somewhat painful and somewhat funny idea. ‘

Don’t put a price tag on sex we have with our love, don’t pay us for mothering our own, we don’t need salary for being the Queens of our own little kingdom our home, stop seeing everything as business. Surrender to your woman she needs all of you not just your love / respect / salary. https://t.co/57PE8UBALM

Let me tell you that in December last year Kamal Haasan said that if his party comes under the government of Makkal Nidhi Mayam, then the homemakers will be given a fixed payment for their work at home. Kamal Haasan while releasing his agenda said that the homemakers will get recognition for their work. This will also increase their dignity. Assembly elections are due in Tamil Nadu this year. Apart from DMK and AIADMK, his party is also going to contest the elections. It is believed that his entry may be somewhat triangular.

These stars including Salman, Kat, Shahrukh will arrive at Varun Dhawan and Natasha’s wedding

Karthik Aryan shared a blast from the set of ‘Dhamaka’