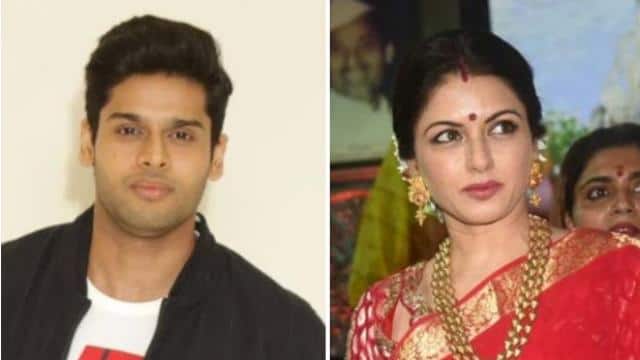 Bollywood actress Bhagyashree and Salman Khan Abhimanyu Dasani, son of ‘Maine Pyar Kiya’ fame ‘Suman’, has entered the Bollywood industry. He made his debut with the film ‘Mard Ko Dard Nahin Hota’. For this film, he did a lot of blood and sweat, as well as ate several pieces. The sad thing with this film was that there was a huge delay in its release.

Abhimanyu further says that I learned while doing acting film. Vasan sir, (director of the film) was a school of acting for me. Whatever credit I got for the film, I want to dedicate all that to Sir. If he makes a film next, then I would like to be a part of that film, no matter what role he plays. I would also like to be an assistant director.

While crying in the room, Hrithik Roshan was saying – I can’t work, know the whole story

Abhimanyu is happy that he can become a part of mother Bhagyashree’s 30-year film career. Abhimanyu recalls Maa Bhagyashree’s character ‘Suman’, saying that even today many people call my mother Suman, whose mother played in the film ‘Maine Pyar Kiya’. I love it when people call me from the film’s roll Surya. I hope to see a change in my character after the film ‘Nikamma’.

Diljeet said by sharing the picture of an elderly farmer bathing in the cold and open, these people think of him as a terrorist.

Ranbir Kapoor spoke about the death of late father Rishi Kapoor, said – I have not been able to overcome it yet.

Deepika Padukone trolled after buying groceries, people started asking – what is the value of tomatoes