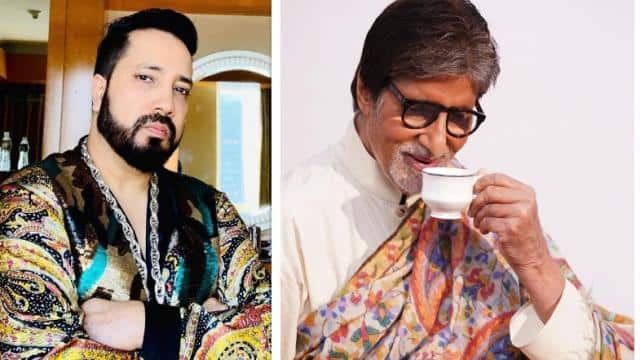 A question was recently asked in the episode of Kaun Banega Crorepati on the song of Punjabi singer Micah Singh. On this, Micah Singh has expressed happiness that it is like winning a Grammy, Filmfare or Oscar Award for me. Sharing a video of KBC on Instagram, Micah Singh wrote, ‘So I don’t have to dream of an award like Oscar, Grammy or Filmfare. I got all the awards when our favorite actor praised me in India’s most popular show. Meek Singh has also tagged famous Punjabi singers like Sukhwinder Singh, Daler Mehndi and Yoyo Honey Singh in his post.

Actually, who will become a millionaire participant from Neha Amitabh Bachchan Neeka Singh SongsMonsoon I asked a question about ‘fire broke out’. Amitabh, while listening to the song to contestant Neha, asked which singer he was, who gave voice to the recreated version of his own song. Neha gave the perfect answer to this question and opted for Micah Singh. As an answer to the question, he was given 4 options, which included the names of Daler Mehndi, Sukhwinder Singh and Yo Yo Honey Singh apart from Micah Singh. Perhaps this is the reason why Micah Singh has also tagged these singers in his post.

Amitabh Bachchan Had played the song during the show and in the meantime he would listen to the song and show applause. When the song is over Amitabh Bachchan Told the participant that I thought you would start dancing. To this Neha said that I and you dance together. Amitabh said that no it cannot happen, I do not have its permission.

Point to be noted is that Amitabh Bachchan Along with playing this song, he also praised Mica Singh. Amitabh said that I have liked him ever since he came in the industry. Their voice is quite different from other singers and how beautiful they sing.

Arshi Khan and Rakhi Sawant pulled each other’s legs on ‘iBros’, laughing at the reaction of the two in the video

Amitabh Bachchan covered 78 years in just one picture, said – only age has passed, nothing has changed