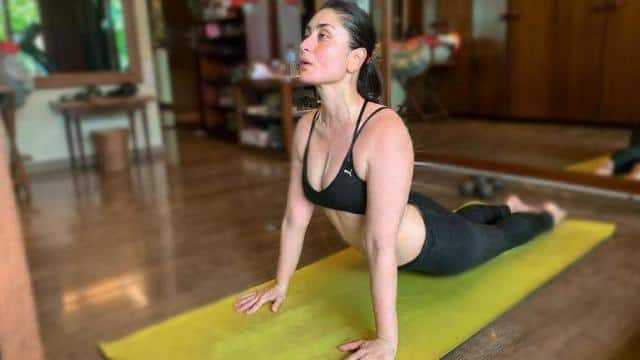 Actress Kareena Kapoor is going to be a mother for the second time. Often she keeps sharing her pictures with fans on social media while flaunting baby bump. In the meantime, he has posted a post on Instagram Story and said to miss jeans. The actress shared one of her throwback pictures on Instagram. With this, he wrote, ‘When will I be able to wear jeans now?’ In this picture, Bebo is seen in a yellow sweater and blue jeans. Apart from this, he has kept goggles. Kareena Kapoor is seen without a mask in this picture. It is clear that this picture of him is from before the Corona period.

Kareena Kapoor also shared Laughing Emoji with the picture. Kareena Kapoor has been seen many times in a loose dress at or around her house. Due to the last days of pregnancy, she is able to wear loose clothes only. Perhaps this is why she is missing denim jeans. Kareena Kapoor was recently spotted at the Christmas and New Year party with husband Saif Ali Khan and son Taimur Ali Khan. Apart from this, she herself often shares her photos on social media. Kareena Kapoor is going to be the mother of another child. Recently, Kareena shared a picture on Instagram. In it, she is wearing a black dress and is sitting on the couch. Kareena Kapoor with the picture wrote, ‘I am waiting.’ Please tell that even during pregnancy, Kareena Kapoor has been working continuously. Recently he has shot many commercials. Not only this, he had completed shooting for the film Lal Singh Chadha for several months of pregnancy.

In this movie, she will be seen opposite Aamir Khan. She returned from Himachal Pradesh only in December. There she was spending holidays with her husband Saif Ali Khan and son Taimur. Saif, however, was busy shooting for his upcoming film Bhoot Police. During this, Malaika Arora and her boyfriend Arjun Kapoor were also present with Kareena Kapoor.

Salman Khan’s brother-in-law Aayush Sharma wrote a special message for ‘Dabangg Star’, said – thank you from the depths of the heart