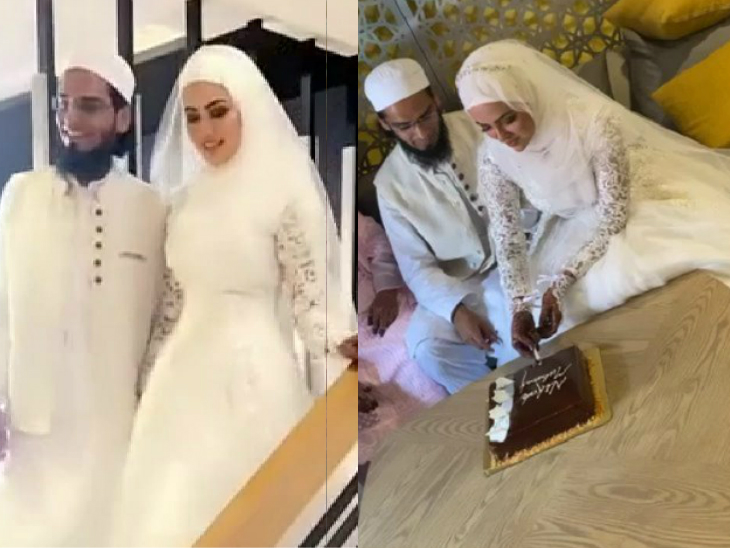 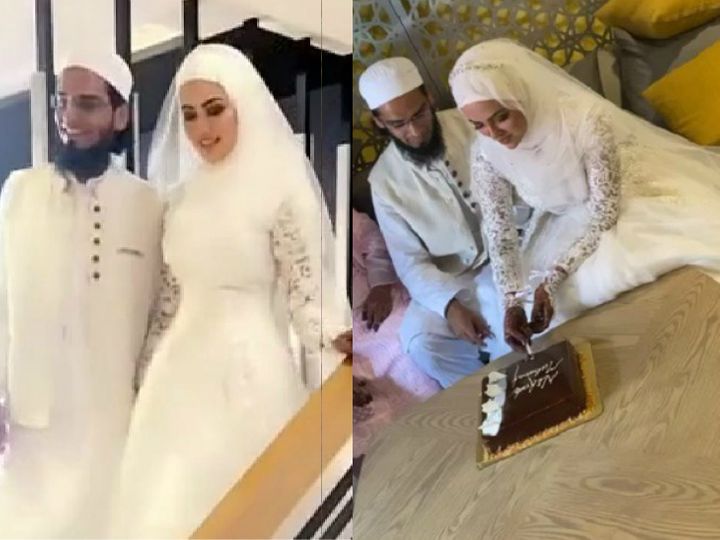 On 8 October last month, Sana Khan announced to leave Bollywood through social media posts. Now on Saturday, videos of her marriage have gone viral on social media, in which she is seen in the white dress of the bride. Sana is married to Mufti Anas Saeed in Ankleshwar, Surat.

Had said goodbye to bollywood
Actress Sana Khan, who worked in Bigg Boss 6, Jai Ho before marriage, took the path of Zaira Wasim. Sana left the show business. He shared this information through social media. Sana wrote through a long post that she would serve humanity and follow the order of her creator, Allah.

Sana Khan made her acting debut in the Hindi film ‘Yeh Hai Hai Society’ in the year 2005. After this she appeared in several Hindi, Malayalam, Tamil, Telugu and Kannada films. After that she was also a part of reality shows like Bigg Boss and Fear Factor.

Sana’s breakup took place in February 2020
Sana Khan shared Abeeti on social media after a breakup with choreographer boyfriend Melvin Lewis earlier this year. However, now they have deleted all their old photos and posts from their accounts. On February 12, Sana, while talking about her breakup on an Instagram post, accused Melvin of pregnant a girl. Sana and Melvin met in the year 2018. Both had said the news of their relationship on the occasion of Valentines Day last year.

Deepika Padukone to do a film with Hrithik Roshan? Actress hinted in this tweet

Shahrukh Khan, not Salman Khan, was the first choice for ‘Final: The Final Truth’

Video: Katrina Kaif dancing fiercely in the hall, causing havoc even without music