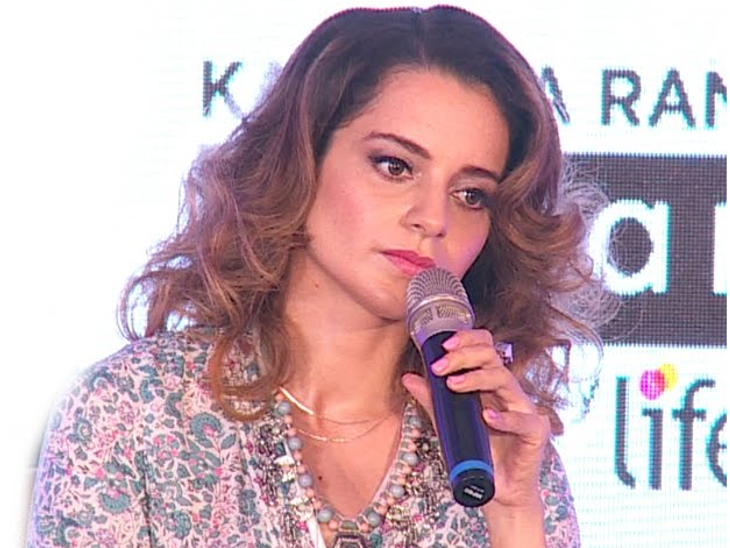 Kangana Ranot has fiercely raged Bollywood on the pretext of Omar Khalid, a former JNU student union leader. In his latest social media post, he has compared actor-actresses to terrorists. In fact, recently the Delhi Police has filed a charge sheet against Omar Khalid, claiming that he had indulged in fire during the riots in Delhi in protest against CAA and NRC.

Kangana wrote in her social media post, “Another hoard of the Bollywood film industry erupted. JNU students and all those who supported the protests in Shaheen Bagh have helped instigate riots. These alleged actors, actresses There are no less than terrorists. Wake up and see India. “

Bullydawood film industry ka ek aur bhanda phoot gaya, all those who supported JNU students and Shaheen Baag protests also helped instigate riots, these so called actors and actresses are no less than terrorists, India wake up and watch … pic.twitter.com/QMy9Z4eK3b

In the next post, Kangana wrote, “Now that it was proved that JNU students spread misinformation and lied about the CAA, they admitted that they took part in spreading hatred, lies and terrorism. So is this film Jokers will apologize to this country. But who will compensate those who lost their lives in the Delhi riots? “

Now that it has proved that JNU students spread misinformation and lies about CAA, they have admitted that they have been involved in spreading hate, lies and terrorism. Will these filmy clowns apologize to this nation but who will compensate for the lives that are lost in Delhi riots? https://t.co/AMUDTDyV3d

What was written in the charge sheet against Omar Khalid?

Police have claimed in a 100-page charge sheet filed in Karkardooma court that Omar Khalid, Khalid Saifi and former Aam Aadmi Party councilor Tahir Hussain had conspired to riot in Shaheen Bagh after meeting on 8 January. All these people had held a meeting in Shaheen Bagh exactly where women of particular community had staged a protest against CAA from December 2019 to March 2020.

JNU performances were supported by many celebs

Life after becoming a messiah: In the film scene, Chiranjeevi refused to beat Sonu Sood, saying – people will abuse me

Varun had to give clarification: Was ‘Prateik Gandhi not’ Varun Dhawan’s role in ‘Scam 1992’, the role of Harshad Mehta, the actor himself told the truth?

Sushant Death Case: Shekhar Suman said on investigation of Sushant’s death- CBI, NCB and ED are helpless due to lack of evidence