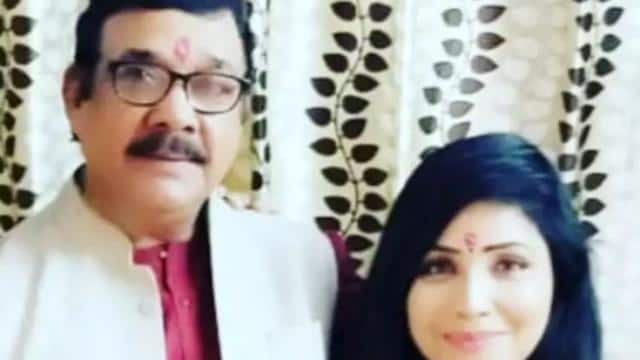 TV actor Shiv Kumar was recently discharged from the hospital. He had requested many people from TV and film industry for treatment, but no one came forward. The daughter stood firmly with the princely father in bad times. Shiv Kumar returns home after 12 to 13 days. Health is already improving. The daughter Rajki has spoken openly on the problem of getting treatment due to the health of the father and the financial constraints. He has made serious allegations against the industry.

In a conversation with the etimes, Rajki said, “I don’t know how these days turned out. I was very nervous when I learned that my father was on ventilator. Six days later he was removed from the ventilator. I also did not get help from my brother, because he ended up with us and stays apart with his girlfriend. Okay, but the most shocking thing for me was that neither the TV nor the film industry came forward to help. We had appealed to the hospital on the very first day due to the financial constraints. Few people called for his father’s health, but no one financially supported him. I had to break an FD (fixed deposit) of my five lakhs. The hospital had given me a small discount, that too when I had set up my own source. Thanks to the doctors who treated the father very well. “

Significantly, Shiv Kumar was hospitalized a few days ago due to lung problem. Shiv Kumar started to have a financial crunch when he produced two TV shows, Kahani Parrot Maina Ki and Nadaniyaan. It was to be aired on both Jain TV and EI TV. Talking about this, the daughter said that despite the promos of the show, there was a third person involved in it who used to repeatedly demand money. My father had invested a lot and was not able to do it further, yet the show did not telecast. In such a situation, father kept going in these things, due to which his health was also deteriorating.

Shiv Kumar’s health began to worsen in a few years, when he started using cigarettes more. Now they are not allowed to consume neither cigarettes nor alcohol. Apart from this, he has to reduce his weight, he is currently around 85 kg. They have to do two and a half hours of breathing exercise before going to sleep at night. His lungs have become very weak.

Daughter Rajasi said that she had received 50 thousand rupees from CINTAA. Apart from this, senior actress Kunika Lal helped a little financially. No one came forward for that.

Kangana Ranaut said- … Thought that little Swara ji should be teased, the actress turned back

Kangana Ranot’s grandfather is no more: Kangana’s grandfather Brahma Chand Runot died at the age of 90, the emotional actress wrote – We used to call him Daddy