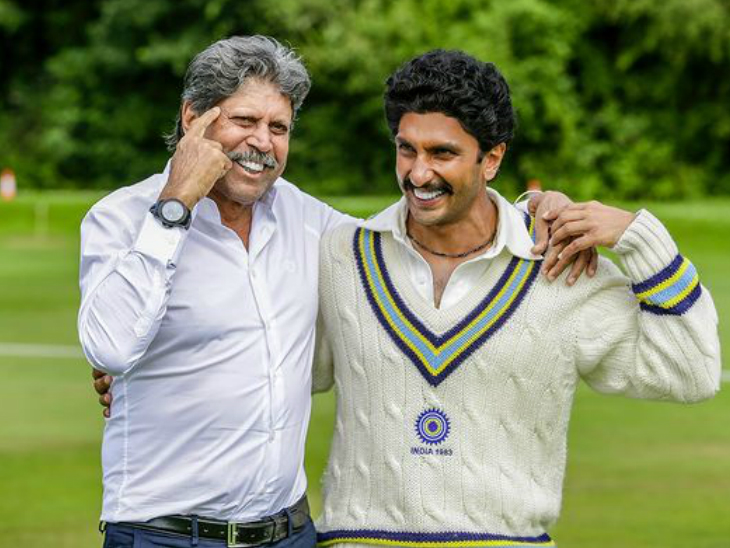 Cricket legend Kapil Dev is celebrating his 62nd birthday on 6 January. Ranvir Singh has written an emotional post on this birthday. Ranveer wished Kapil Dev through a video. Significantly, Ranveer will be seen in the film 83 being made on the first World Cup victory of the Indian cricket team. In the film, he will be in the role of Kapil.

We are telling your story, thanks for this- Ranveer

Ranveer wrote – A great captain, a precious gem. Thank you sir for giving us permission to tell your story. We wish you good health and happiness on this day. Happy birthday Kapil sir, this is 83. Kabir Khan directed the film 83, which is based on the victory of the Cricket World Cup. Deepika Padukone will play the role of Romi, Kapil Dev’s wife.

The release date of 83 was not final
Apart from Ranveer, 83’s star cast Boman Irani, Jatin Sarna etc. have also wished Kapil Dev. Talking about film 83, the film will also feature Saqib Salim, Tahir Raj Bhasin, Amy Virk, Jeeva, Chirag Patil, Sahil Khattar, Hardy Sandhu and Pankaj Tripathi. The film was earlier scheduled to release on 10 April 2020. But the worldwide lockdown caused by the corona virus stopped it. However, its release date has not been finalized yet.

When Anushka and Virat met for the first time, in front of the camera, the actress asked the cricketer – be nervous?

Shah Rukh clash on the sets of ‘Pathan’, assistant director slaps him?

Porter no. 1: Original ‘Coolie no. What was the problem in 1 ‘, which was remade? This is Sara Ali Khan’s answer