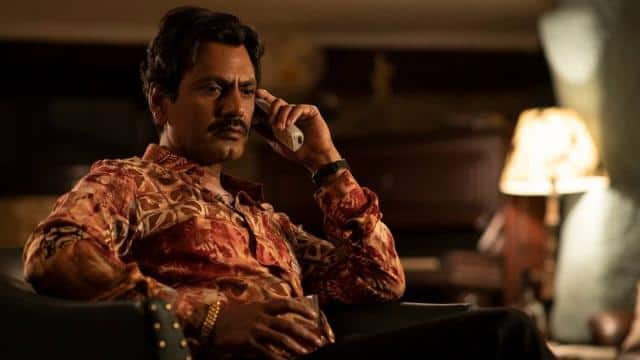 The third season of Netflix’s popular web series Sacred Games has often been speculated. Now actor Nawazuddin Siddiqui, who was part of the series, has given big information on this. The actor says that there is no possibility of the third season of this series coming. Nawazuddin told Spotboye that whatever was in Vikram Chandra’s novel has been said. There is nothing left now. He said that this web series has gained tremendous popularity and people are also discussing about it abroad.

Nawazuddin Siddiqui said that his characters and dialogues were well liked by the people in this series. However, he says that I do not want to take credit for my dialogues that have received discussion. I did not write them. People in India give credit to the actor for speaking any dialogue. But in reality it is not their hard work.

‘Bhabiji Ghar Par Hai’ will have new ‘Anita Bhabhi’ entry, this is actress

He said that in Yash Chopra’s film ‘Deewar’, Shashi Kapoor Sahab had spoken a line that I have a mother. This dialogue was quite popular, but it was written by Salim-Javed. Therefore credit should be given to them only. Let us know that recently Nawazuddin Siddiqui said that the year of 2020 has been very good for him and he has got many good opportunities on the digital platform this year and his performance has been appreciated by the audience.

Dharmendra worried about increasing age: 84 year old Dharmendra said- My biggest worry is that my fans can stop loving me

Ranveer Singh is going to bang with 7 films in Bollywood!

25 years of DDLJ: London’s Leicester Square will look like Shahrukh-Kajol’s bronze statue, in 1995 the film grossed 25 times the budget