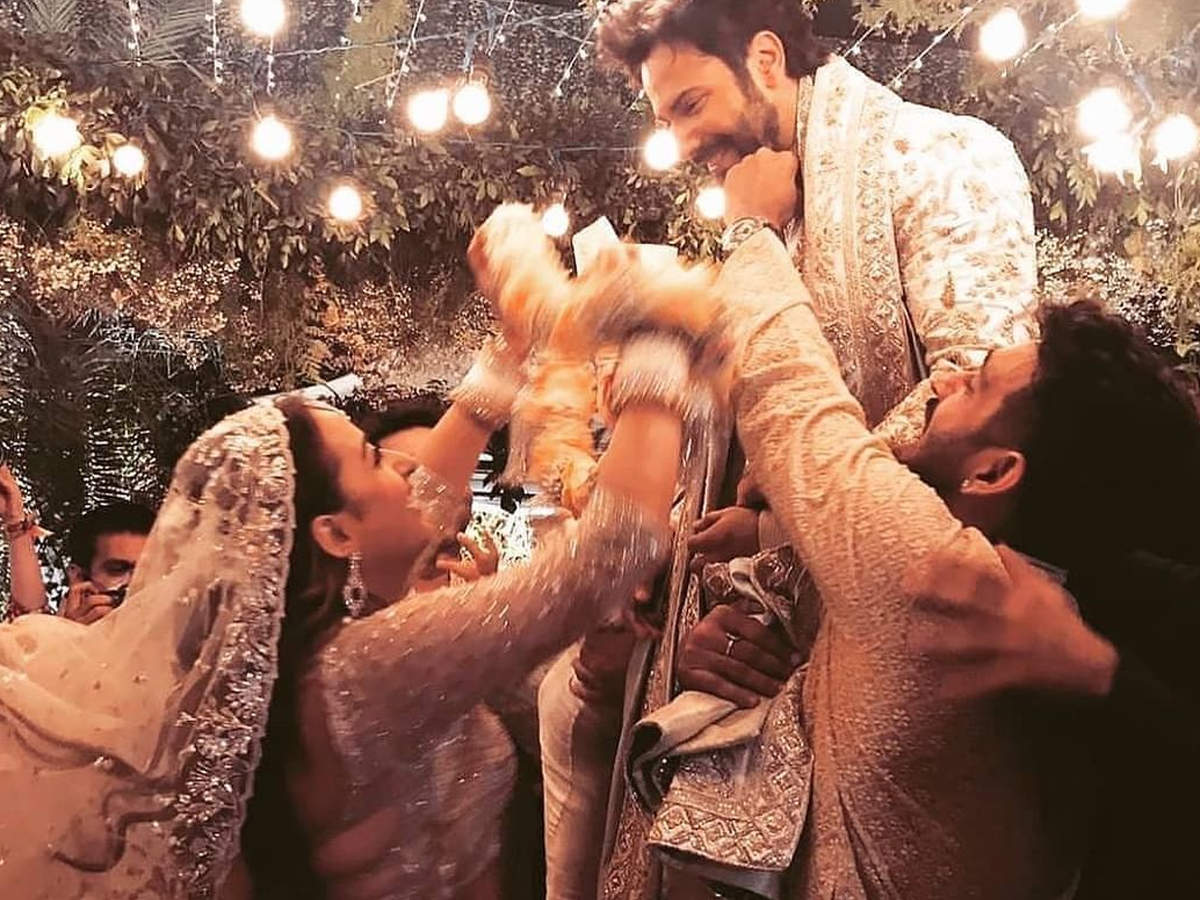 After Varun Dhawan’s wedding, pictures of this function are continuously coming out. Now the new picture which has appeared on social media is of Varun and Natasha’s Varmala Serimani. This beautiful picture of Varman Dhawan and Natasha Dalal’s Varmala Serimani is becoming increasingly viral on the Internet. In this picture, the groom has lifted Varun high on his lap. Natasha, standing in front, has a garland in her hand and is seen trying to put Varuna in her neck. Fans are very fond of this picture. Please tell that on January 24, Varun and Natasha were tied in marriage. Both were married in Alibaug near Mumbai. Only people close to home and a few people from the industry had reached this wedding. Varun Dhawan and Natasha have been friends of each other since childhood. When Varun first saw Natasha in school, she fell in love with him since then. Varun recently narrated the story of the meeting on Kareena’s chat show.

Chimpu now in memories: Ashutosh Gowariker wrote in memory of Rajiv – could not see his last film Tulsidas Jr.

In Salman Isolation ?: 3 people, including driver, claim to be corona, but Shera said – no Salman’s staff infected

Ludo: Paritosh Tripathi said – There can be no greater happiness than playing the role of husband of an actor like Fatima Sana Shaikh