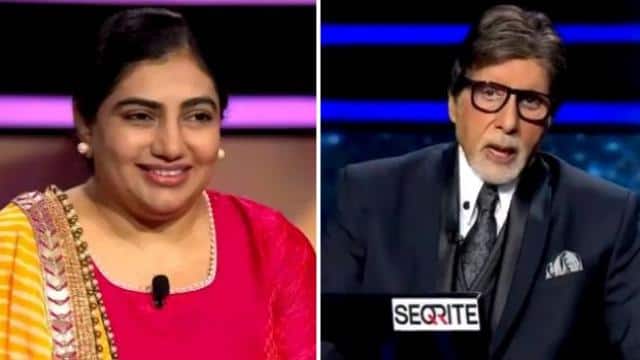 The TV show ‘Kaun Banega Crorepati 12’ has proved lucky for women. This season has seen not one, but four female millionaires. Dr. Neha Shah has included her name in this list. She has become the fourth millionaire this season. In the latest promo of the game you can see that the host of the show Amitabh Bachchan Seen asking a question of seven crores rupees from Dr. Neha Shah. Dr. Neha Shah is happy after winning a sum of one crore rupees and Amitabh Bachchan She is seen flirting with him.

Dr. Neha Shah in new promo video Amitabh Bachchan It is said that she has won one crore rupees, so she is happy with Amitabh Bachchan Also sings a song for While singing the song ‘Whose me was waiting’, Dr. Neha says that I dedicate this song. Amitabh responds to this and says that but someone else has taken me and he is very happy with Jaya Bachchan.

AB and our contestant DR. NEHA SHAH share a few lighthearted moments. Watch her on the hotseat, next week on #KBC12 at 9PM only on Sony TV.@SrBachchan @SPNStudioNEXT pic.twitter.com/kXOmIs2LGX

After this Dr. Neha says that sir, you should have waited a little longer. Neha, after winning 10 million Amitabh Bachchan Koi gives several flying kisses and says that she is unable to pay attention to the game in front of her. Amitabh Bachchan They are shocked to hear this.

Kangana Ranaut’s answer to trolls on bikini picture, said- don’t be a contractor