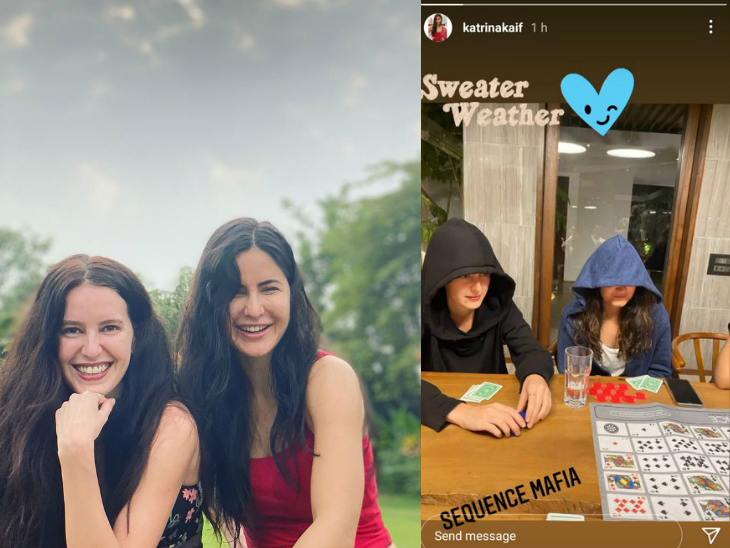 Katrina Kaif went to Alibaug to celebrate New Year with sister Isabel. He shared the photo of this celebration on social media. But after few minutes it was deleted. But his theft was caught, the fans made this photo viral. The most special thing is that both Katrina and Vicky were spotted in this photo.

Fans shared screen shots on social media
After Katrina’s photo was deleted, her fans shared several screen shots on social media, pointing out Vicky. In them, the image of Vicky Kaushal is visible in the glass behind Isabel. Katrina is seen sitting next to him. Sharing this photo before and later deleting Katrina has boosted those discussions, saying that Kat and Vicky are dating each other. .

Not only this, fans have given this couple a Vickat hashtag. Fans are agitating that Kat and Vicky went to celebrate the New Year with their siblings.

Suraj Pancholi considered it difficult to get work in Bollywood

Kangana Ranaut’s answer to Shashi Tharoor, said – I want to see everyone as strong as you