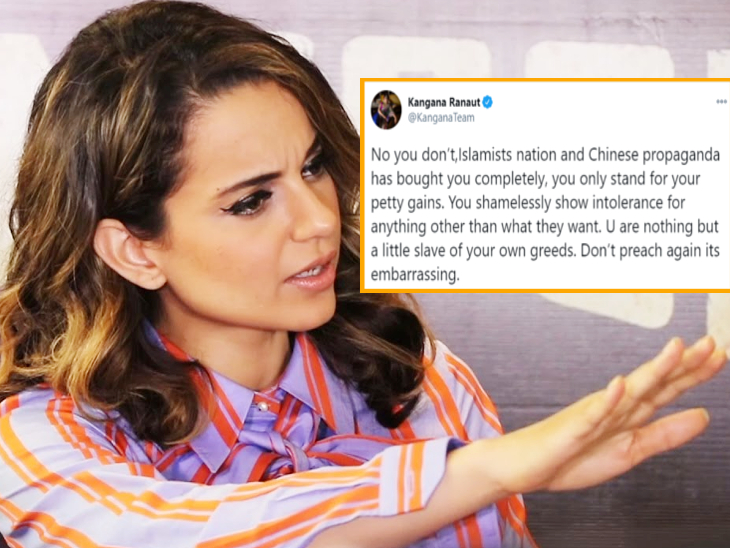 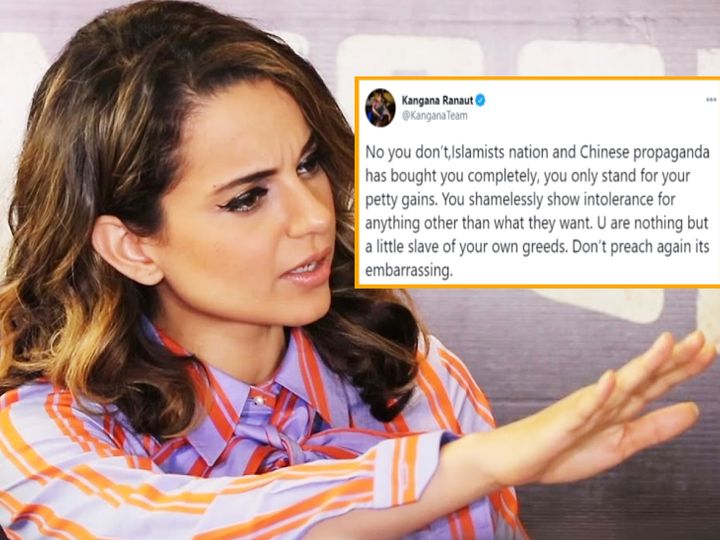 Kangana Ranot has fiercely outraged Twitter on her latest post. He described the microblogging site as being sold in the hands of Islamic countries and Chinese propaganda. In fact, a 2015 tweet by Twitter head Jack Dorsey went viral, in which he wrote, “Twitter stands for freedom of expression. We stand to speak the truth in power. And we empower the conversation Standing. ” But Kangana did not like this tweet given the recent developments.

You are just a slave to your greed: Kangana

The actress, replying to Jack Dorsey’s post, wrote, “No. You are not standing. Islamic countries and Chinese propaganda have bought you completely. You only stand for your own benefit. Whatever other people want, you Shamelessly intolerant towards them. You are nothing but a slave to your greed. Then don’t preach this. It’s shameful. “

No you don’t, Islamists nation and Chinese propaganda has bought you completely, you only stand for your petty gains. You shamelessly show intolerance for anything other than what they want. U are nothing but a little slave of your own greeds. Don’t preach again its embarrassing. https://t.co/jDn97OVrHU

About two months ago, Kangana was fiercely angry on Twitter. At that time, he called it Hindu phobic. The actress shared her photo and wrote in the post, “A rare photo of me with my father. In which we are looking at something.” However, neither of us remember what that was. Well, It is heard that the government may ban Twitter. There is a need for this to happen in India. We do not even need such a fraudulent Hindu phobic and anti-national platform. “

A rare picture of my father and me finally agreeing on something …. even though non of us remember what it was 🌹
BTW there is a buzz that government might ban twitter, go for it INDIA …
We don’t need Hinduphobic, antinational platforms to gag us. pic.twitter.com/k9hvgVNeSz

Kangana posted this post when the Union Territory of Leh was described as part of Jammu and Kashmir by Twitter. The Ministry of Electronics and Information Technology had issued a notice to Twitter and called it a void of the sovereignty of the Indian Parliament. After this #BANTWITTER was very trend.

Hot Vegetarians: PETA Announcement; Sonu Sood and Shraddha Kapoor, the hottest vegetarian of 2020, PM Modi and Bigby have won this award too

Chiranjeevi revealed: Actor put a stop to speculations, said – do not go into politics again, I will focus on acting only

Will these actors who stormed OTT in 2020 also get full respect in 2021? Waiting for these films

Looking for work: Anupam Kher’s son Sikandar asked for work on social media, shared photo and wrote- You can smile