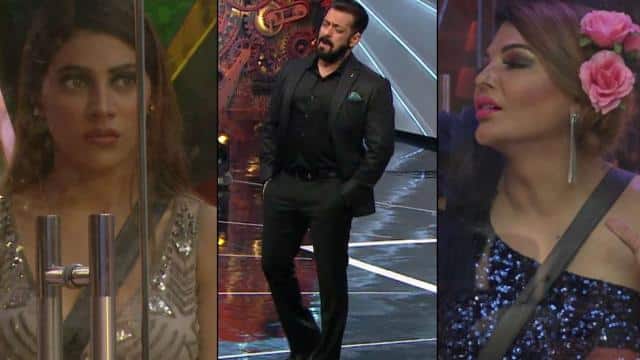 In reality show, Bigg Boss 14 gets to see new twitest everyday. Salman Khan was seen cleaning the bed of Rakhi Sawant in the weekend episode of the show. Actually, Nikki Tamboli refuses to clean Rakhi’s bed, after which Salman Khan himself enters the house of Bigg Boss and makes Rakhi’s bed.

Varun Dhawan to marry this year with girlfriend Natasha Dalal? The actor replied

After this Salman enters the Big Boss house wearing a mask and gloves in his hands and starts making Rakhi’s bed. Meanwhile, Ali Goni says stop brother. To this, he answers why brother. He arranges Rakhi’s bed clean and well. After this he asks Rakhi is it okay? After making the beds, Salman Khan says that no work is small.

Jasmine meets her mother and father in the Weekend Ka Vaar episode. At the same time, his sister comes to meet Rubina. Ejaz Khan gets surprise in this episode as ex contestant Pavitra Poonia enters the show to meet him.

Wonder Woman: ‘Wonder Woman 1984’ to be released in India on December 24, the film’s actress Gal said – all the fight scenes in the film are real

Rajkummar Rao told, how Priyanka Chopra behaved on the sets during the shooting of ‘The White Tiger’