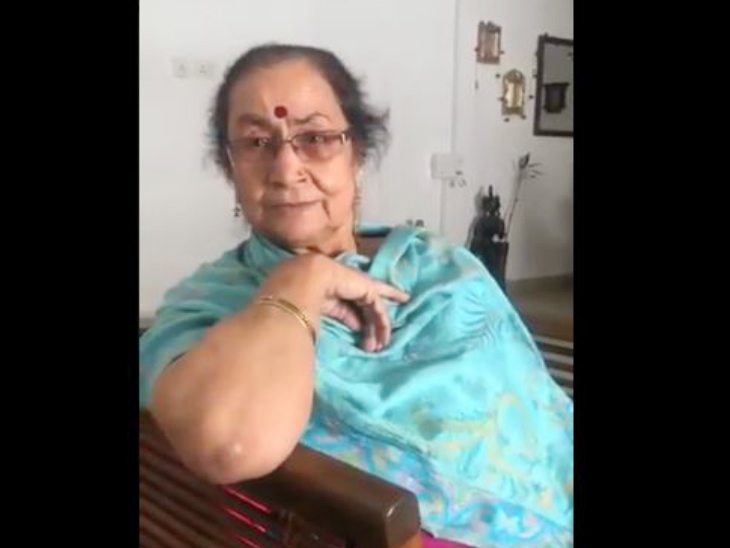 Mom is thrilled about the approval of two vaccines! She had some wonderful things to say about PM @narendramodi ji. “Do whatever it takes, mod zindabad” One doesn’t earn such genuine praise from a 84-year-old mother without doing genuine hard work !! #DulariRocks pic.twitter.com/Zm2UL6wk2Z

In the caption of this video, Anupam wrote, “My mother is very happy after getting the approval of two vaccines.” She wants to say a lot for PM Narendra Modi – the thing that stops, Modi zindabad. Anupam further wrote, no man can earn such true appreciation without doing real hard work from his 84-year-old mother, #DulariRocks.

Anupam’s mother Dulari has become a victim of Corona
Please tell that a few months ago, Anupam Kher’s mother Dulari Corona got infected. The reports of his brother Raju Kher, Raju’s wife Reema and niece Vrinda were also positive. Anupam also had his corona test done, but his report came negative. Later all was well. Anupam then shared a video of her mother after being discharged from the hospital and wrote, Dulari Rocks.

Anupam further wrote in her post, “In the past, my mother was shifted from the isolation ward to the hospital. I was supposed to pick her up at 5 pm. She was waiting for me. Once again, I love you all. Thank you. Anupam further writes- I was in a trance to say that Dulari Rocks. But he really did it. He refused to get from the wheelchair to the car. His health continued to be good, please Pray for it. She too will send her love to all of you. Thank you. “

Dharmendra is 85 years old: Dharmendra is a fan of Dilip Kumar but never became a prince, many times he was on the set, even up to the beatings

These celebrities of Punjab came in support of farmers’ movement