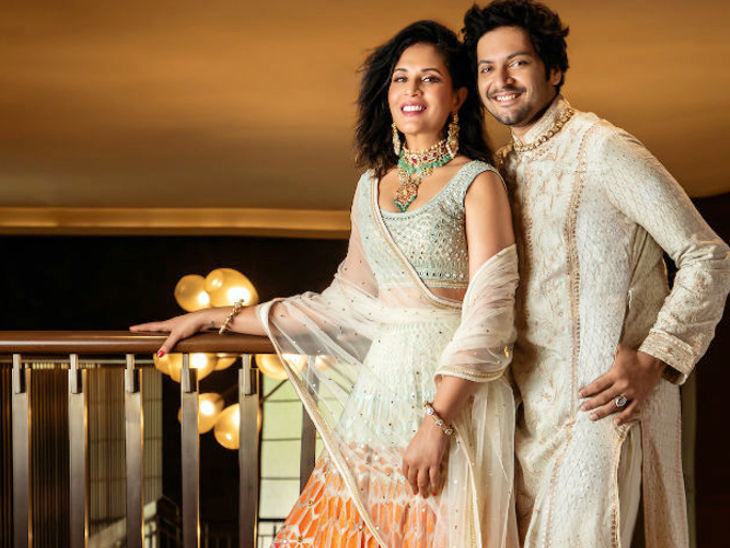 Actress Richa Chadha has shifted to a new house with boyfriend Ali Fazal. According to reports, the lease of the house where Richa had lived earlier was completed in March. But they could not find a new home due to the lockdown. Not only this, the two could not even meet each other during this period. As soon as the unlock started, in August they started looking for a new house and now they have shifted with Ali where both will spend a few years together.

The sea overlooks the house

In an interview, Richa said that she is very happy to get a new house. The sea view is visible from this house. It is away from the location of Bandra and Andheri, which will also protect them from the perpetual watchful paparazzi.

In a conversation with Mumbai Mirror, Richa described Ali as a fun housemate. She says, “He is fun and different from most boys. Helps in every task. He chooses the curtains of the house without any trouble. Luckily we get a lot of choice too. It’s a good thing that we finally These decisions can be taken along with which soap to buy or which maid to hire. “

Richa continued, “When we went to buy the grocery, its bag was heavier than my bag. I enjoy organic farming and here we have a kitchen garden to grow my vegetables, in which Ali also helps me.”

If Richa believes, not everyone is happy with her move. Two of his pet cats are making a habit of being around Ali. She says, “Ali is also not comfortable with Pats and one of them is scared of him. Despite this he is adjusting.”

Marriage could not happen due to Kovid-19

Richa and Ali were to marry in April this year. But due to the circumstances caused by Kovid-19, they had to cancel it. After their marriage was postponed, Ali had a laugh in a conversation saying, “We thank our stars that they were un-organized. We hadn’t paid yet. So we survived. We were absolutely unplanned.”

Ali also said that he was sad to postpone his marriage. But they take it another way. They believe that destiny wants them to celebrate their marriage with everyone after the epidemic.

Announcement of ‘Apne 2’ on Guru Nanak Jayanti, 3 generations of Deol family to be together

Drugs case: Arjan Rampal did not get clean chit, NCB said – will call again if needed