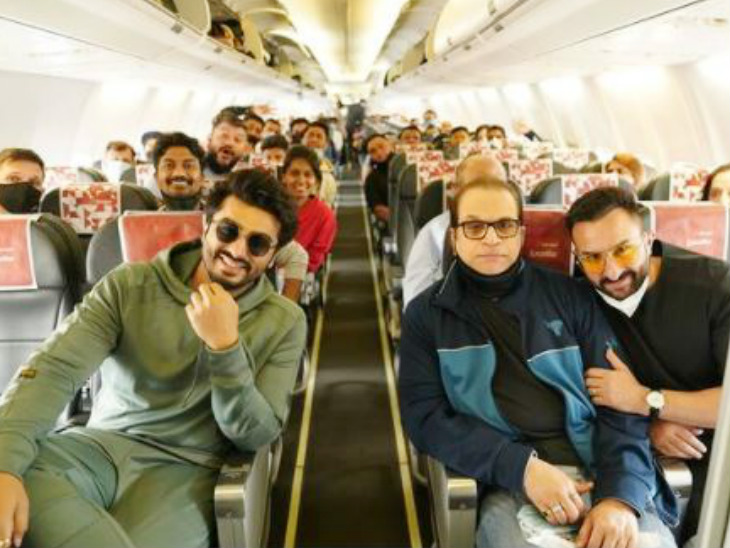 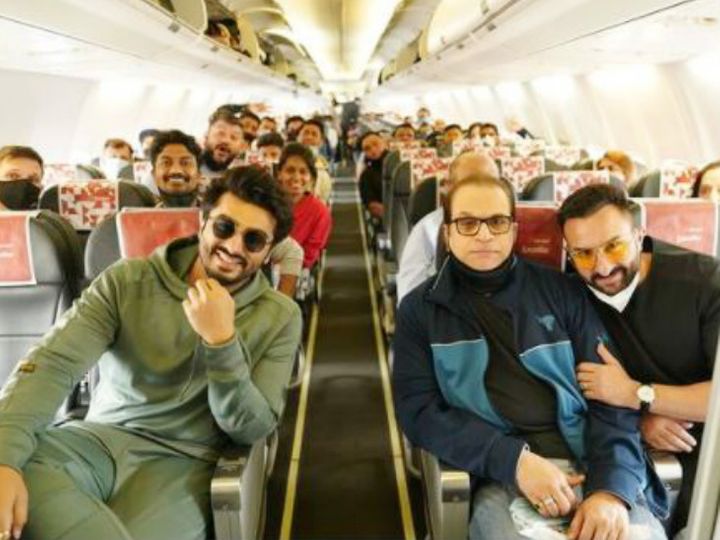 Actors Saif Ali Khan and Arjun Kapoor have reached Jaisalmer for the final shoot of their upcoming horror-comedy film ‘Bhoot Police’. On Thursday, Arjun shared a photo from the flight with the entire team of ‘Bhoot Police’ on social media. In the photo, Arjun-Saif can be seen with the cast and crew of ‘Bhoot Police’.

Apart from Saif-Arjun, Yami Gautam, Jacqueline Fernandes, Javed Jaffrey are also playing important roles in ‘Bhoot Police’. Ramesh Taurani and Akshai Puri are the producers of this film. The film is being produced under the direction of Pawan Kripalani.

9 forms of Aradhya: Dada Amitabh shared a collage of 9 years of photos on his ninth birthday, showing how his granddaughter grew every year

Secret of a happy marriage: Genelia D’Souza said- I fight Ritesh only when I want because he never makes a thing

Ranveer singh wishes kapil dev on his 62nd birthday with heartfelt message | Ranveer Singh, who is playing Kapil Dev’s role in 83, told him the greatest captain, said – thank you, we are telling your story.