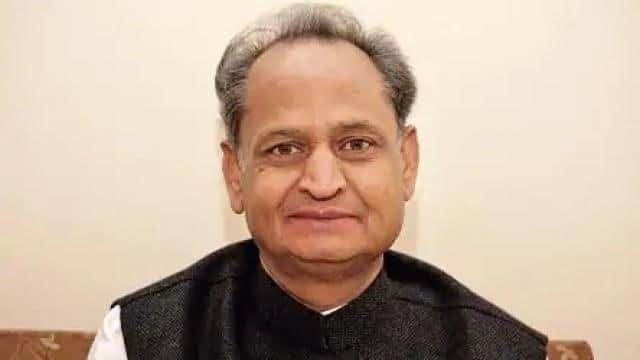 Giving information on his official Twitter handle, CM Gehlot wrote, “Corona’s condition in Rajasthan is very much under control with excellent management and support from people. Recovery rate has risen to an all-time high of 96.31 percent. Positive case zero in some districts Apart from this, the situation in other districts is also better.In view of this, classes have been given to schools from 9th to 12th, last year classes of university and college, coaching centers and government training institutes to be opened from January 18

He further wrote, ‘Also, due to the process of vaccination, Medical College, Dental College, Nursing College and Paramedical College have been instructed to open from January 11. In all these educational institutions, 50 percent attendance of the total capacity in each class will be on the first day, the remaining 50 percent will be on the second day. Health departments will also provide necessary training to teachers to avoid virus infection.

The Chief Minister said that along with social distancing, other health protocols, such as masks, etc. should also be taken care of by educational institutions. All standard operating procedures will be followed. Expressing concern over the new strain of Corona, he said that any kind of negligence in this subject can become a big problem. Special monetering will be done about this. The situation has become very serious due to this new strain in London. We should also take special care while taking lessons from him.

In view of this, classes from 9 to 12 in schools, last year classes of university and college, coaching centers and government training institutes have been directed to be opened from 18 January. #Rajasthan
2/4

Hours earlier, Rajasthan Education Minister Govind Singh Dotasara said that a decision will be taken to open the school by January 14-15. He said, ‘I think the corona is decreasing. The government is seriously considering this subject. Other states are also being studied. Central government guidelines have also been observed. Opening of school also means opening of colleges and coaching institutes. There will be a study on their effect. It can be assumed that some final decision will be taken by 14-15. But Chief Minister Ashok Gehlot announced the opening of the state’s schools and colleges from January 18, taking stock of the situation of corona infection in the state.

Let us tell you that the Ashok Gehlot government of Rajasthan has kept the ban on the Corona infection continued till January 15. Also, night curfew has been implemented in the urban areas of 13 districts of the state (Jaipur, Jodhpur, Bikaner, Kota, Bhilwara, Nagaur, Pali, Tonk, Sikar, Ajmer, Sriganganagar and Udaipur). This night curfew will be from 8 am to 6 am. With this, the Gehlot government has banned schools, colleges, religious and social programs till January 15.

Delhi University first cut-off list for admissions to over 70,000

Settlement of objections in 69000 teacher recruitment, Justice Department will decide to give chance on mistake