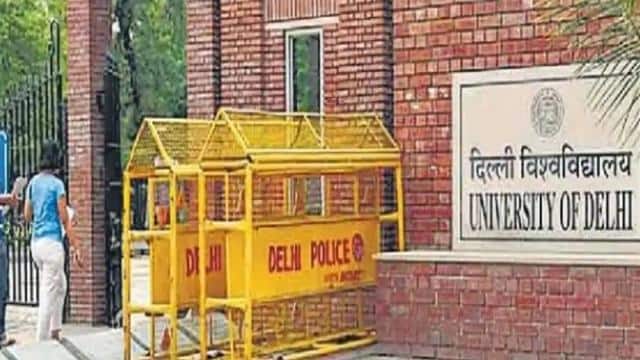 The University of Delhi has started the process to make teachers of colleges in its place a professor. Many teachers consider it a gift to start before Diwali. More than four hundred teachers of DU affiliated colleges will become professors, which will also increase the number of students doing research. Not only this, there is also preparation for promotion of senior professor to the professors appointed in DU departments.

According to UGC rules, 6 researchers can do PhD in the context of 1 professor. Then as the seats are empty he can take the students. Not only this, these teachers of colleges will also get the same benefit of salary that the university professor gets.

Earlier, few teachers were allowed to do research in very few colleges. Not only this, in colleges, the posts of Associate and Assistant Professor were appointed. But now associate professor having prescribed qualification of professor will be promoted to professor.
Dr. Balram Pani, Principal and Dean of Colleges Bhaskacharya College in DU, said that our effort is that if the teacher who fulfills the qualifications prescribed for the professor is going to retire in December, then he should be promoted as Professor in November. Teachers of more than four hundred colleges will get the benefit of becoming professors. The screening process has started. The college committee will be formed and will complete this process. This will increase about two and a half thousand seats for researchers.

DU renamed without insisting on changes in CBSE records: DU

What is the situation now
Teachers of all colleges are not able to get PhDs in DU right now, however, teachers who have applied and got permission to get PhD under their direction in DU. He still does PhD. However the number of such teachers is not very high. Earlier, college teachers could not even get PhD.

TGT biology will also be included in UPSESSB TGT recruitment

Odisha CM Naveen Patnaik wrote a letter to the Prime Minister, said – Central government should give clear information of the dates of 10th, 12th board examinations