West Bengal The Mamata Banerjee government of West Bengal is very uncomfortable with many matters related to the appointment of teachers. CBI investigation is going on in many cases on the orders of Calcutta High Court. The opposition is constantly attacking the state government, because many corruption related to recruitment has come to the fore. Meanwhile, on Monday, Chief Minister Mamata Banerjee has made a big announcement regarding the appointment of teachers on the occasion of Teachers’ Day. The Chief Minister said that 89,000 teachers are going to be recruited in the state in the coming days. Let us inform that on the occasion of Teacher’s Day, West Bengal Government had organized a special program in Biswa Bangla Mela premises. Mamta Banerjee has made this announcement on this occasion.

In Mamta Banerjee's speech on Monday, apart from paying tribute to the teachers, many issues were mentioned. The Chief Minister has narrated his life experience regarding the role of teachers in building the society. He has also expressed displeasure over the process of giving jobs due to various public interest matters.

Soon 89 thousand teachers will be recruited in Bengal

Speaking on Teachers' Day, the Chief Minister mentioned about the colleges and universities built during the Trinamool era after 2011. Regarding the appointment of teachers in the coming days, he said, "2 lakh 63 thousand teachers and non-teaching staff have been appointed by the School Education Department. 10 thousand university teachers have been appointed. Another 89 thousand teachers will be appointed. Mamta Banerjee has also expressed her government's desire to give jobs. She said, 'I want to give a job, but some people file a public interest litigation for termination of employment. In everything a PIL (Public Interest Litigation) is filed. Whatever you do, you get abused."

Trained youth will get job in skill department

The Chief Minister also said that due to the intricacies related to the matter, it is taking a lot of time to give jobs. He said, “Arrangement of jobs of 89,000 children is taking a lot of time because of PILs. If it could have been done in three months, now it will take 1 year.” Apart from this, the Chief Minister said about the recruitment, “I will hand over the recruitment letters to 30,000 children trained in the skill department in the next 15 days.” Chief Minister Mamata Banerjee also said that apart from providing training to job seekers through skill development, the state government has created a portal for all companies looking for job seekers. Attacking the previous Left government, the Chief Minister said, "The then Education Minister said that their numbers are not being allowed." He said, “In our time there is paper, so corruption is caught. There is no paper in the Left era, we did not get that, those who did not get justice, they will get justice." 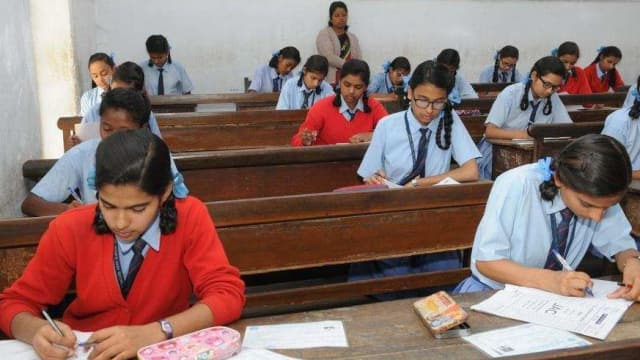