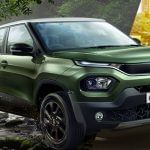 The cheapest SUV car in the Indian automobile market is the Tata Punch. Now a new edition of this car has been launched, which is named Tata Punch Camo Edition. Foliage Green exterior has been used in this car. Also, it has been given a dual tone roof, which comes with a unique military green interior. 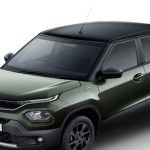 The starting price of Tata Punch Camo Edition is Rs 6.85 lakh, in which the Adventure MT variant comes, while the top variant Diesel AT variant has been given in it, which costs Rs 8.63 lakh. Both these prices are ex-showroom. 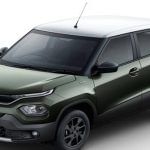 The Tata Punch is a compact segment SUV that can be bought for the same price as the hatchback. This car knocked in the Indian market last year and in August, about 12 thousand units of this car have been sold. 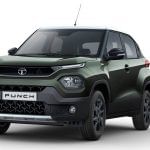 Tata Punch has earlier also introduced the Kanjiranga Edition, which comes with all-new looks. The Tata Punch Camo Edition gets a green exterior body while the roof is available in dual tone, piano black and pristine white colours. 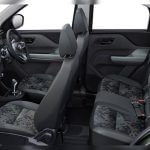