BJP state president Somu Weeraraj has criticized CM Jagan for allegedly giving him false information that a gang had approached him. Somu, along with some other leaders in the BJP office, staged a protest in solidarity with the workers’ movement to achieve their demands. Jagan was back on the roads when he was in the opposition, now sitting in the palace and incensed that crowds were taking to the roads. 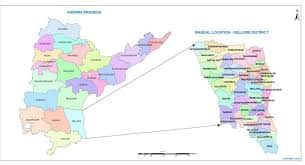