Great harvest, more harvest..! Despite this, Kashmir’s apple orchards Those are worried. The reason is that the farmers here get profit by selling apples in the mandis of Kashmir, far from being able to meet the cost. It is really a matter of concern for the gardeners to have such a condition of business with which almost every family living in the village of Kashmir is directly or indirectly connected and the product which plays the most important role in the economy here. Kashmiri people allege that Russia’s apples are coming to India through Afghanistan, due to which farmers have been in trouble.

The importance of apples for the economy of Kashmir, which has limited economic resources, can be gauged from the fact that in the apple industry worth several lakh crores, Rs 1,100 crore comes directly from the sale of 20 lakh tonnes of apples. In some areas of Kashmir, apple harvesting started in August itself, but only 20 percent of the crop has reached the mandis after getting ready. The condition of apple has become such that as if there is no demand for it.

Price decreased, expenditure increased…what should the farmer do?

Last year in Kashmir, the apple box which was sold for Rs 900-1000 in these days, today its price has come down to Rs 550 to 700. Whereas the cost of growing apples to packing and selling has increased a lot compared to before. Not only has the price of fertilizers, pesticides, diesel etc. increased significantly, packing has also become very expensive. A cardboard box available for Rs 25 is now worth Rs 45. The newspaper waste used in packing is Rs 50 per kg here. The cost of packing dry grass has also increased as well as the wages of packing. Earlier, where the daily wage of the apple packer was Rs 500, today it has also increased to Rs 700.

People are pushing in the mandis by taking the crop

The condition of apple growers in Kashmir is such that they are sending vehicles laden with boxes full of apples to distant mandis in other districts in the pursuit of reasonable prices. Mandi of Sopore is an example of this. Which is the biggest apple-fruit market of Kashmir. In this they also have to pay more freight and there is no guarantee that they will get the right price there too. That is, in the process of selling apples, a risk of increasing the cost is added. But apple farmers are also compelled to do so in the hope of a good price.

The officials of the horticulture and fruit marketing departments of Kashmir are also surprised about the situation of the decrease in the price of apples. They themselves do not understand the reason for this. Javed Ahmed Bhat, Chief Horticulture Officer of Pulwama, says that last year (FY 2021-2022) this district had produced 180860 tonnes of apples. This year, not only is there an increase of at least 10 to 15 percent in it, but the quality of the crop is also better than last year.

The main reason for this is the favorable weather conditions. This happened due to lack of excessive rain. Due to the dry environment, the apple does not suffer from diseases like fungus, etc., which spoil its appearance or destroy or make it tasteless.

It is natural for the grower to expect more income when the crop is high and of good quality, but in such a situation, there is dissatisfaction when the value of hard work and the cost of the cost is not available. The worst condition is of small and medium farmers, who have limited sources of income. This is also a time of trouble for those farmers who have planted high-density apple orchards in recent years by adopting modern methods of farming. Planting such orchards involves a lot of cost and for this most of the farmers take loan from the bank.

When the profits are negligible, it will be difficult for the farmers to pay the loan installment. The farmers of Kashmir feel that they are being discriminated against at the government level. There is resentment among apple traders for stopping the trucks laden with apples on the Srinagar-Jammu highway for a few hours, not even for 2 to 4 days. Various organizations of fruit traders and growers of Kashmir were forced to protest from place to place last week.

Therefore, on Monday, Inspector General of Police, Jammu and Kashmir, Vikramjit Singh held a meeting on this issue with various stakeholders and officials related to the apple industry. He has given instructions to all the officers of the traffic police to smooth the movement of trucks laden with apples.

Many troubles are being considered as the reason behind this latest crisis faced by apple growers in Kashmir. One is that the apple of Himachal Pradesh has already made a place in the mandis this year. Kashmir officials themselves believe that the apple growers and traders of Himachal are doing better in terms of grading and packing apples. The packing of the cartons of apples of Himachal Pradesh is of different types which attracts the customer as well as the merchant easily sells it at a good price. However, as far as quantity is concerned, Himachal is far behind Kashmir in terms of apple cultivation.

The impact of the sanctions imposed on Russia after the attack on Ukraine is also being linked to the reduction in the price of Kashmiri apples. There is also a common discussion among the apple traders here that due to the restrictions imposed by different countries, Russia is not able to absorb its products in the foreign market, among them apples are also there. Russia has increased acreage in the last few years to increase apple production.

In the year 2018-19, where it was 190,784 hectares, it increased to 1976600 in 2020-21. Last year in the Moscow region, the apple yield was doubled. Indian apple traders are saying that Russian apples are being sent to India via Afghanistan. Because India has free trade with Afghanistan, there is no duty on its products upon arrival in India. So this apple is cheap and is making its own market here.

Is Russian apple coming in the market?

Businessmen ask rationally behind this that when there is an atmosphere of instability in Afghanistan for a long time, then how can there be so much apple production in such a situation? Since the border of Afghanistan is adjacent to Russia, the movement of goods between the two countries is also easy. The arrival of apples from countries like Afghanistan, Iran, Turkey etc. to the Indian market is well known, but the arrival of Russian apples here has not been heard before.

In the department that regulates the sale and purchase of apples, Ajit Singh, marketing officer of Pulwama area, says that no information has been received from his department about this yet. This cheap arrival of apples is also being linked to the pressure to reduce the rising inflation rate. Some apple traders, who understand the policy of controlling the prices of goods in the country through import-export, say that the government is deliberately allowing cheap apples from Russia so that domestic apple growers can also sell their apples at cheap prices in competition. fell.

On one hand the apples of foreign countries are coming to India, on the other hand the apples of Kashmir are not able to make their place which is expected. A Kashmir official said that last year the government had entered into an agreement with Dubai’s Lulu Group, under which large consignments of apples were to be sent to the Gulf country continuously. The company rejected the consignment of apples sent to Dubai by traders from Kashmir as a sample. In fact, the consignment that was sent contained apples of different sizes in the same box, or rather, an attempt was made to throw dust in the eyes by hiding a little lesser quality among the best apples.

Due to this incident, the image here was spoiled by questioning the ‘fruit standard’ coming from Kashmir there. A bad news for Kashmir’s apple industry has also come from Bangladesh. This time Bangladesh has increased the valuation of Kashmir’s apple due to which the duty on it has increased. Therefore, due to the high price, the demand for Kashmiri apples decreased there. India exports 1200 tonnes of apples to Bangladesh and 8000 tonnes to Nepal among its neighboring countries.

The price of apple is decided in Delhi

Fayaz, owner of Barkat Agro Farms, a company related to apple business, explains the hand of a mafia who operates in the country’s capital Delhi, behind controlling the price of apples. Fayaz says that because most of the apples go to the wholesale market in Azadpur, Delhi and then go to different provinces from there. The trader there decides the price of Kashmir’s apples according to the instructions of the ‘Kashmir Apple Marketing Association’. But the interesting thing is that there is not a single Kashmiri in this institution that decides the price of Kashmir’s apples.

Since now a lot depends on the market itself, therefore, in the case of any agricultural product, such situations may arise in front of the producers regarding profits when its profit is less than the expenditure. Therefore, there is a need that the farmer should reduce his cost from growing the crop to selling it.

Chief Horticulture Officer Javed Ahmed says that most farmers in India still do horticulture in the old fashioned way or grow other crops that require more human labor. Farmers should adopt mechanized methods in this regard. There are various schemes for this, under which training and subsidy etc. are given to the farmers.

Time to reform the grading system

Work can be done in this direction by forming farmer groups. Similarly, produce, especially fruits like apples, should be packed and transported in attractive, small and secure packing. Most of the apple farmers and traders in Kashmir do hand grading (packing the same apple in the same box) which is not accurate. They all pack apples in orchards or in homes. If the grading of apples is done by machines and washing, brushing is done, then the fruit also gets glowing and it is also healthy according to the food. This will get a good price. 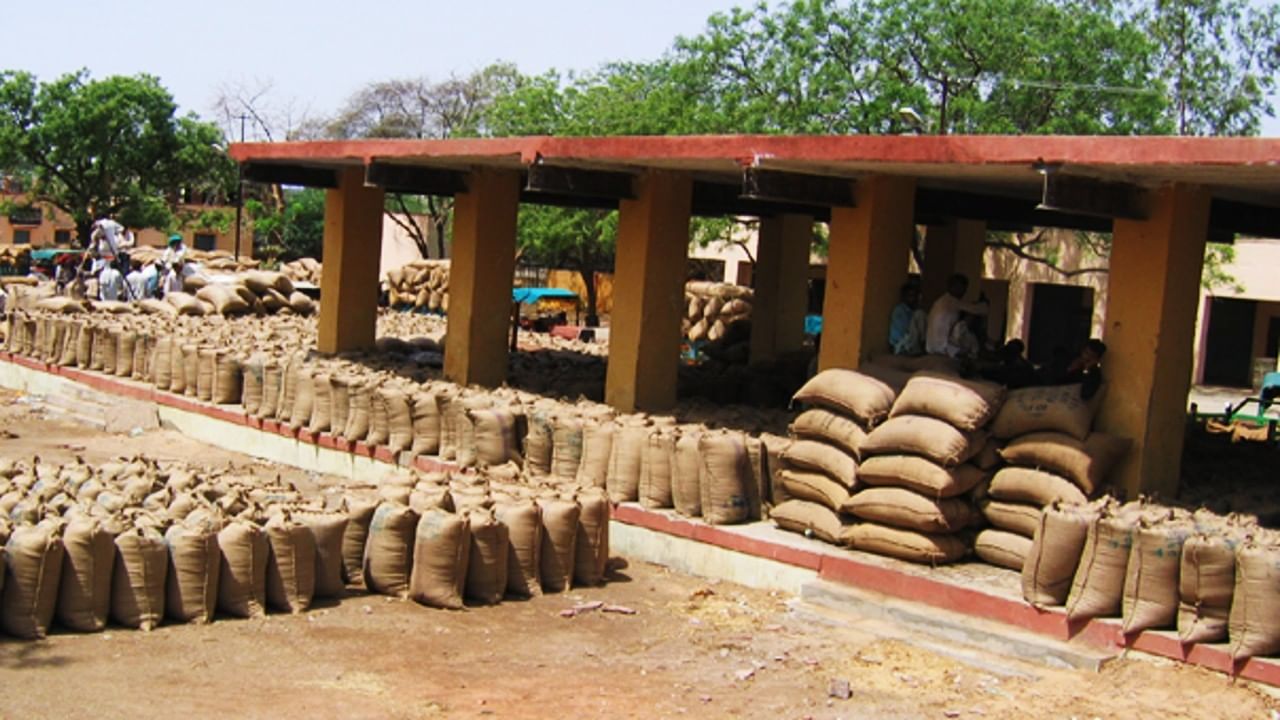 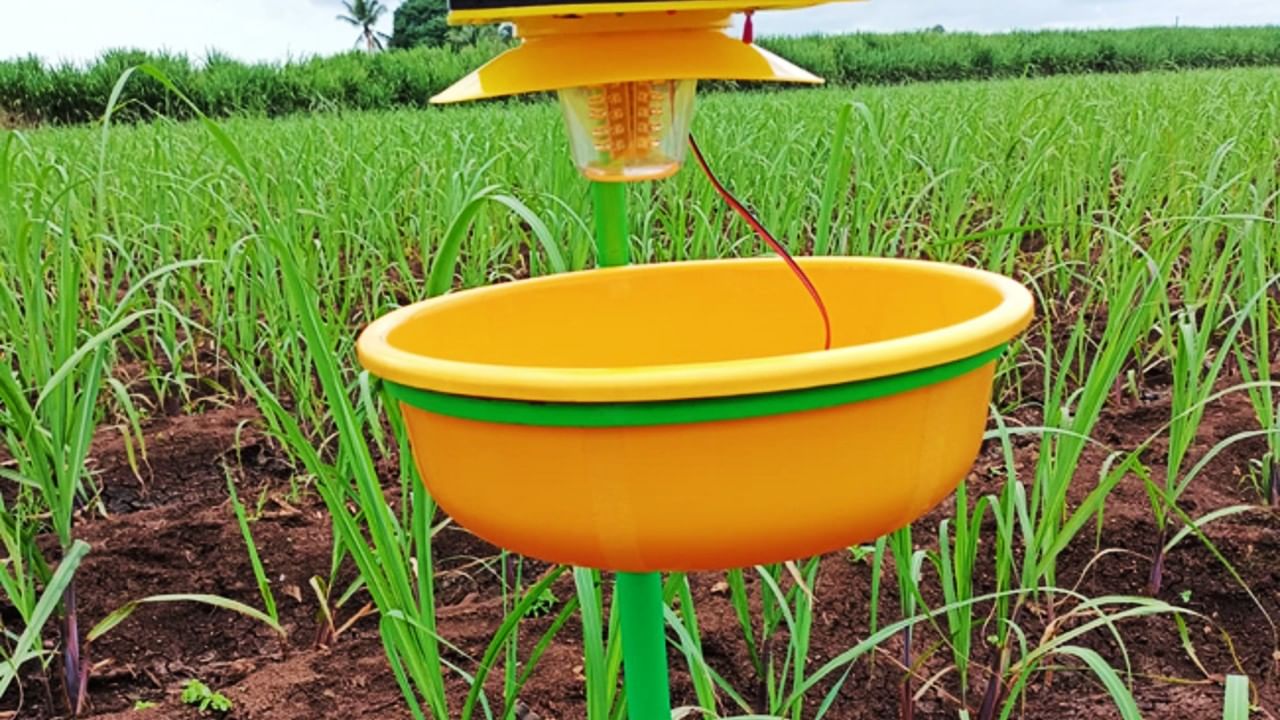