On the one hand, the consumption of almonds is increasing continuously in India. But, on the other hand, the farmers who grow almonds in the country are engaged in cutting down their old trees. This can undoubtedly be a reason for surprise for everyone. But, this is such a fact, which is the most important thing in the country. Almond Can be seen in growing Jammu and Kashmir. Abdul Rashid Bhat cut down 250 almond trees planted during his father’s time in his orchard in an eight-kanal area in Pulwama.

Rashid says that almonds are no longer a profitable deal. Inflation is rising, costs are rising. But, the prices are not meeting according to which the income is enough to meet the daily needs.

Started cultivation of apple instead of almond

Abdul Rashid, who has been cultivating almonds in Kashmir, has destroyed the almond fields and started apple cultivation in their place. Rasheed is satisfied that the ‘Gala’ apple (originally a New Zealand apple variety) planted last year has produced some fruit this year. He has planted 500 trees of this variety, while 100 trees have also been planted of Washington apples procured from the nursery of Uttarakhand. They are yet to bear fruit.

Other farmers are also starting apple cultivation instead of almonds.

Ghulam Hassan Khan, another farmer from Pulwama district, who grows almonds which make the body strong and mind agile, has also given preference to apples. He first cut the almond orchard in 5 kanal area in 2019 and after that in 2021, in the remaining 8 kanal orchards, almond trees were cut and high density apple plants were planted. Three-year-old trees are not only giving a good crop of apples, the plants planted last year have also started giving crops. Didn’t it hurt to cut the trees planted in the days of BapDada? Ghulam Hassan replied, “It is a pleasure to set up a new one.”

Kashmir accounts for 90 percent of the country’s total almond production.

About 10,000 tonnes of almonds were produced in India last year, of which 90 percent was from Kashmiri almonds only. The rest 1000 tonnes were from Himachal Pradesh and a minor crop from Maharashtra. In Jammu and Kashmir also, Pulwama is the only district where the highest and different varieties of almonds are cultivated. Budgam district is on the second number. The Chief Horticulture Officer of Pulwama, Javed Ahmed, explains the climatic and geographical conditions here as the main reason for the high production of almonds here. In the Kareva (plain area above the mountain) in the winter season, in addition to enough snow and then rain, the arrival of good sunlight is the most favorable conditions for the cultivation of almonds.

Most of the time every year, there is moisture in the soil, which is needed by the roots of the almond tree. These trees give fruits for more than 50 years. Javed Ahmed says that the biggest problem is that there are 90 percent old varieties of almond trees, which have been grown from almond seeds. Due to various reasons, such a trend has been seen in them that if the crop is very good one year, then their yield is low for the next year or even for two consecutive seasons. This affects the income of the farmer and he is seen discouraging about the cultivation of almonds.

That’s why apple is overshadowing almonds

Almond plant starts giving good fruit as a tree formed after 10 -12 years of planting, while on the other hand the new variety of apple starts giving fruit only next year. However, the cost and effort involved in planting and taking care of the plant is definitely high. But, it can also be grown on less land. The amount of space required by one almond tree is enough for ten high-density apple trees. On that there are also schemes from the government to encourage these apples and there is also subsidy in plantation. The interest and initiative shown by the entire system in promoting apples was not done for the almonds here.

Another expert in horticulture in Kashmir, Mohammad Shafi Dar, attributed the decline in the almond crop in the last few years to the hereditary defect of the tree and climate change, which is a result of global warming. He says that it has been seen for many years that in Kashmir, when the almond trees flower, only then it rains or the temperature decreases. Therefore, the flower sheds or withers at the very first stage of becoming a fruit. The decline in the yield of almonds from the early 90s started drawing attention. After some time, a period of research started on this and experts also took the initiative to work towards improving the quality of almonds. But, the governments did not show interest in this.

An official said that once the proposal and details of the plan were sent to the then Chief Minister Omar Abdullah in this regard. But, he put its file aside. After this, in 2016, Mehbooba Mufti’s government of the People’s Democratic Party (PDP), formed with the help of the Bharatiya Janata Party, started work towards improving the quality of almonds in Kashmir.

India is waiting for the almond revolution

Experienced agriculture expert and Chief Horticulture Officer Javed Ahmed claims that now revolutionary work is being done to improve the quality of almonds. Mixing with an exotic variety of almond, such a variety of almond has been prepared here, in which the process of late flower blooming will start a little later than before, that is, when the flower blooms, the weather will be favorable to maintain it. That is, the crop of almonds will be more on the tree. However, scientific trials of this variety have been successful to a great extent and work is going on at the Central Institute of Temperate Horticulture at Rangarat, Srinagar. However, it will take some more time to reach the farmers of Kashmir.

One of the reasons for the low income of almond farmers of Kashmir is that similar plants planted in the same orchard give different types of fruits. Small farmers mix the almonds of all the trees so that they can sell them to the merchant who buys the goods in large quantities. But, due to the variety of varieties found in the same stock, the trader gives a lower price. Sometimes the crop of a tree that gives bitter fruits is also mixed in it. Almonds of good quality are also sold at a normal price due to being mixed in it. The farmers who have more almond trees or those who get more crop, pack the almonds removed from each tree in a separate sack, which goes somewhere here for one tree harvesting. Due to this, it gets its value according to the quality of each variety.

There are two types of almonds

Even if an almond grown on a tree is sown as a seed and made into a tree, it does not give the same fruit. There is a change in that. All the trees planted in a garden should yield the same variety, as well as remove its hereditary defects, for this, farmers are asked to adopt a plant planted by grafting a graft of another tree into a traditional seed plant. Mohammad Shafi Bhat says that the demand for such almond plants grown in nurseries is now increasing. For this, training is also given to the farmers.

The challenge is being met by American almonds

Kashmiri Badam Varis, Makdoom etc. are excellent varieties. But, for the past few years, they have been challenged by imported almonds from the Central California Valley of America and Afghanistan. This California almond, which comes from abroad, attracts customers due to its long and beautiful color. That’s why traders also take interest in selling it. On the other hand, India’s import policy is such that foreign almond prices pose a challenge to indigenous almonds.

Another farmer Abdul Hamid Khan says that the almonds grown here are of more quality. Its kernel has a sweeter taste, aroma and more oil. But, exotic varieties become the choice of people due to their attractiveness of color.

This is how the area of ​​almonds is decreasing

According to the data, the change in the cultivation and trade of almonds in India can be understood as follows. In India, in 1974-75 (the oldest available data), almond cultivation was done in 9361 hectares of land, which reached the maximum level i.e. 20 222 hectares in 1994. After this the process of decreasing the acreage of almonds started and the farmers started getting disillusioned with almonds . Therefore, in 2015-16, the cultivation of almonds was limited to 7132 hectares.

Now according to the latest data, in the year 20-21-22, the cultivation of almonds in India has been reduced to only 5483 hectares of land. In this also 3538 hectares i.e. more than 50 percent is only in Pulwama of Kashmir. Where in 20 21-22 6468 tons of almonds were produced. The speed with which farmers are cutting down almond trees in Kashmir, the largest home of almonds in India. With this, the condition will be that Indians will crave to eat almonds grown in their country.

The whole world produces 32.14 lakh tonnes of almonds, out of which America alone produces two million tonnes. Spain is at number two. where 2. There is a crop of 2 lakh tonnes of almonds. India is the largest importer of California almonds of America. In 2019, India bought almonds worth more than $62 million from America. Well now the situation is not good there too. Due to global warming, the effect of climate change in California has become such that farmers there are also facing losses in taking almond crop. There is a drought. In America, the government has also significantly cut the supply of irrigation water in the almond plantation area. Therefore, the farmers there are forced to cut the almond trees and adopt alternative agriculture. 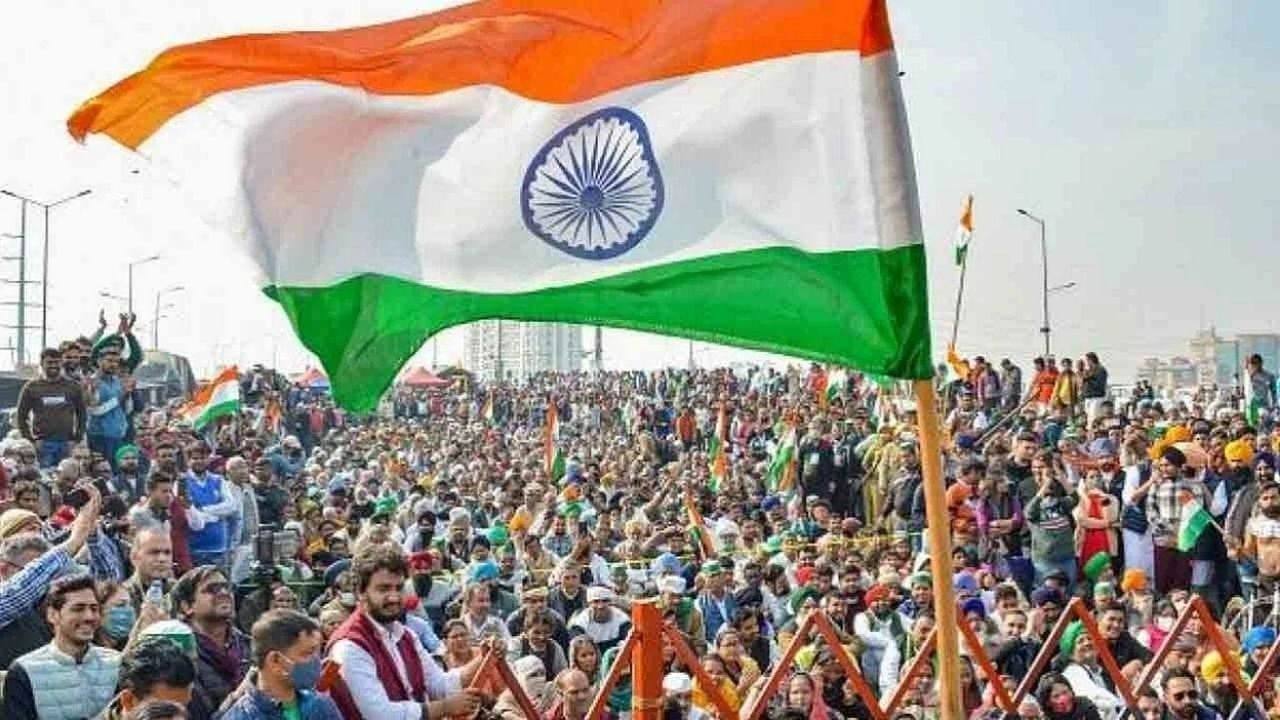 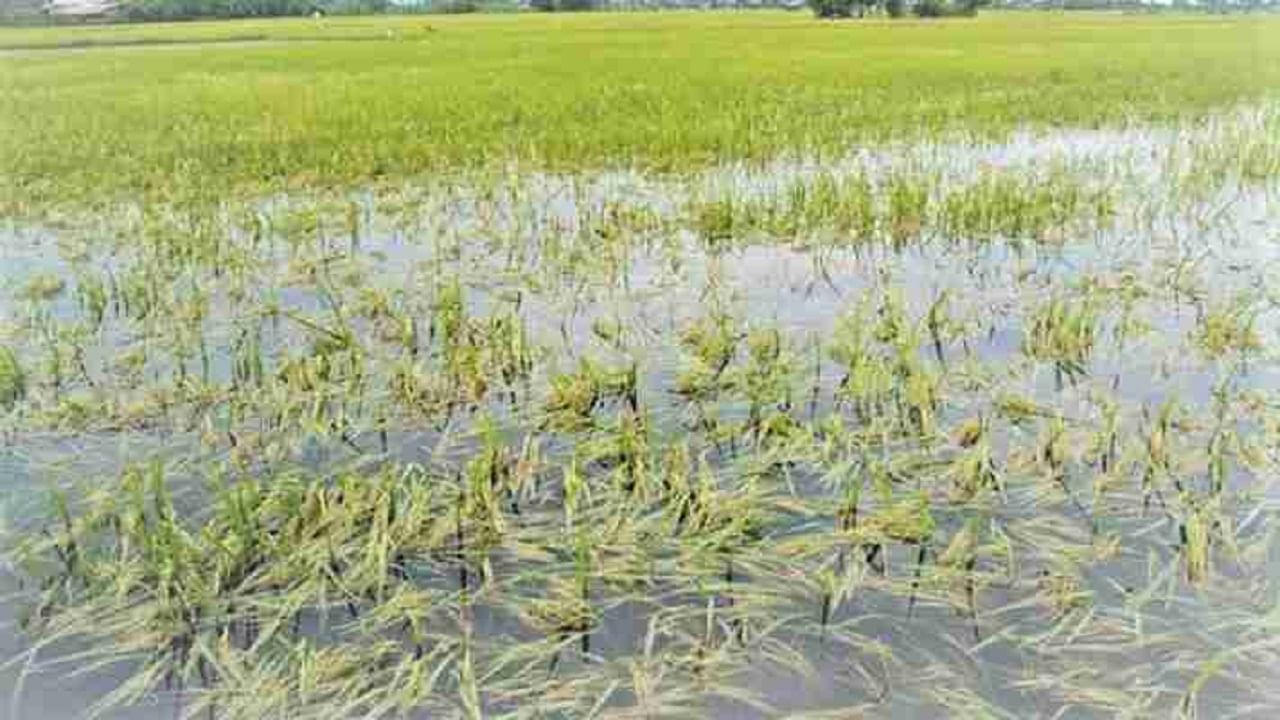 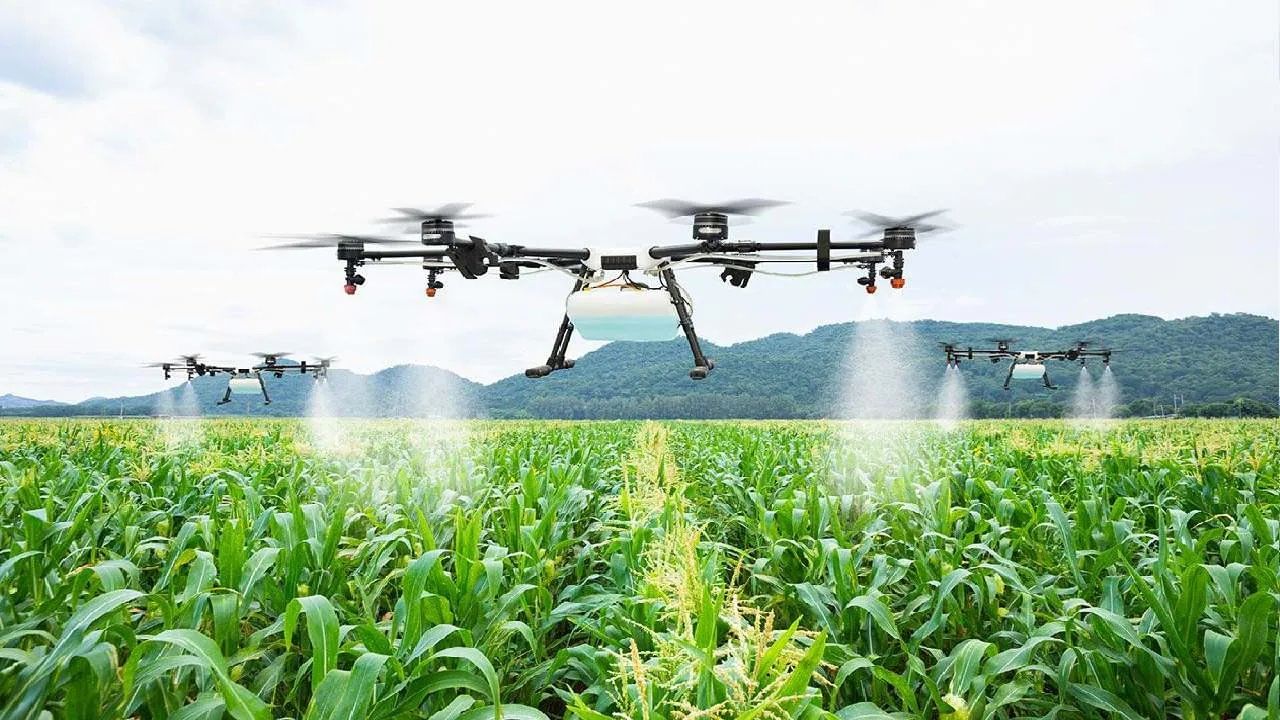